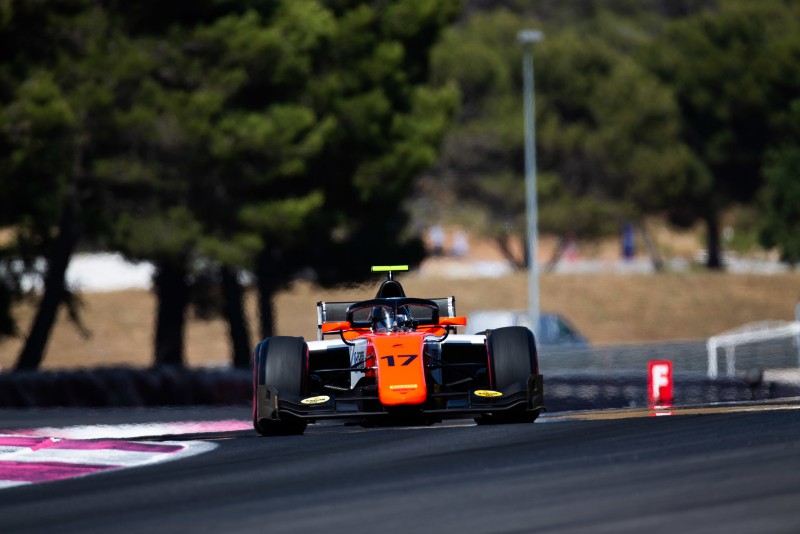 A race ban for Mahaveer Raghunathan for the next Formula 2 round is one of several punishments dished out after the F2 and FIA Formula 3 feature races at Paul Ricard.

MP Motorsport’s Raghunathan will have to sit out the two Red Bull Ring races after he collected nine penalty points on his licence and a 15-second time penalty for infringing on the Virtual Safety Car procedure on all three occasions VSC was active.

As Raghunathan already has three penalty points from earlier in the season, his tally brings him to the threshold where race bans are handed out.

Favourite to replace him in the Austrian races is Artem Markelov, who sat in for Raghunathan’s team-mate Jordan King in Monaco and took two top six finishes, the same as King and Raghunathan combined so far this season.

Sean Gelael will start the Paul Ricard sprint race from the pitlane following his race-ending collision with Prema team-mate Mick Schumacher in the feature race, deemed as an example of an unsafe re-entry to the circuit.

Arden’s Tatiana Calderon also breached VSC twice, although her resultant 10-second penalty made no difference to her finishing position.

Three drivers in the new F2-supporting FIA F3 Championship were also given penalties after their first race had concluded.

Hitech GP’s Leonardo Pulcini and MP Motorsport’s Simo Laaksonen were both given a five-place grid penalty for the second race of the weekend. Pulcini was involved in an incident with Teppei Natori (Carlin) at Turn 1, while Laaksonen collided with Lirim Zendeli (Sauber Junior Team by Charouz) at Turn 8.

Jake Hughes took HWA Racelab’s first points in junior single-seaters with pole in qualifying, but his collision with Prema’s Marcus Armstrong in the race meant he retired and will have a three-place grid penalty for the F3 sprint race.