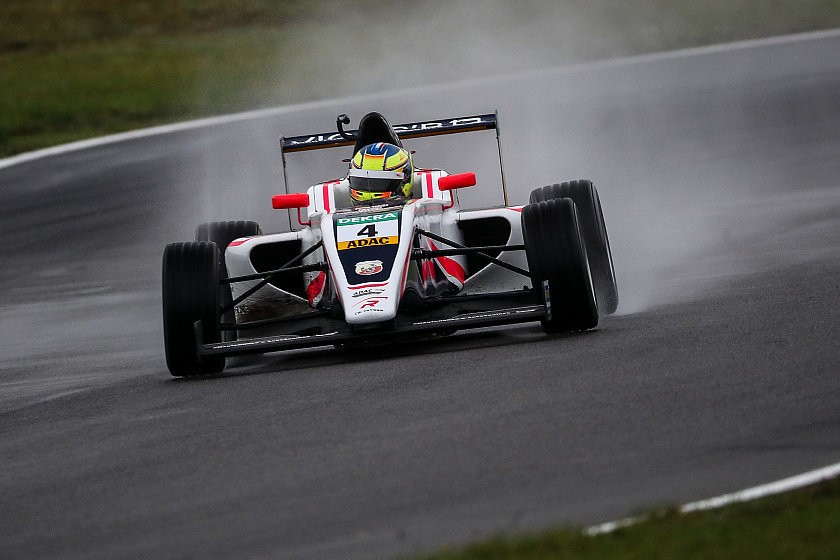 R-ace GP’s Victor Bernier was fastest in both of ADAC Formula 4’s free practice sessions at a wet Lausitzring.

The Frenchman was over half a second clear in FP1, and not only improved on that lap in FP2 but also extended his gap over the rest of the field to 1.032s.

Van Amersfoort Racing’s points leader Jonny Edgar was the closest driver to him in the faster second session, with just over two tenths of a second covering Edgar, US Racing’s Ollie Bearman and Mucke Motorsport’s Joshua Duerksen.

Edgar’s debuting Chinese team-mate Cenyu Han caused a red flag in FP1, and he ended up over five seconds slower than the Red Bull junior and with considerably fewer laps set than everyone else.

Tim Tramnitz (US Racing) was one of only four drivers to get within two seconds of Bernier, although his team-mate Elias Seppanen looked like he was capable of being one of those after getting closest to Bernier in FP1. He didn’t get faster in FP2 though, meaning he ended up in ninth place and 3.709s off the pace.