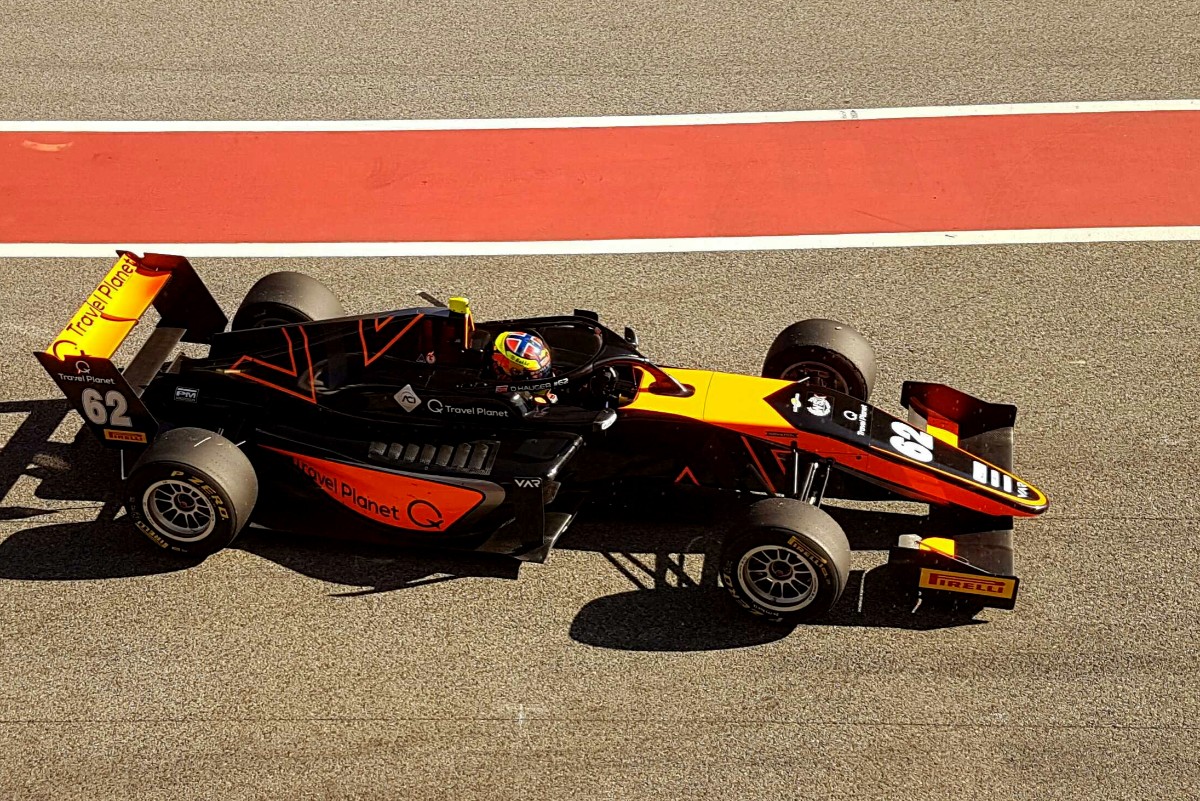 Arthur Leclerc, who set the pace in the day’s first session, spent most of the second one at the top too in between brief periods where FIA Formula 3 Championship racer Hauger jumped to the top of the times.

Huager finally made his place at the top permament with six minutes to go, setting a 1m40.370s lap that was only later rivalled by team-mate Chovet.

Leclerc failed to improve in the final 10 minutes and slipped to third, with his Prema team-mate Oliver Rasmussen the only other driver to lap sub-1m41s.

Konsta Lappalainen and Patrik Pasma were on the pace early on, but the KIC Motorsport duo also failed to find time late on and ended up fifth and sixth on the timesheet.

Prema’s points leader Gianluca Petecof was almost a second slower than Hauger in seventh, with Monolite Racing’s series returnee Matteo Nannini a further three tenths back and some way ahead of the struggling Emidio Pesce (DR Formula) and Jamie Chadwick (Prema).