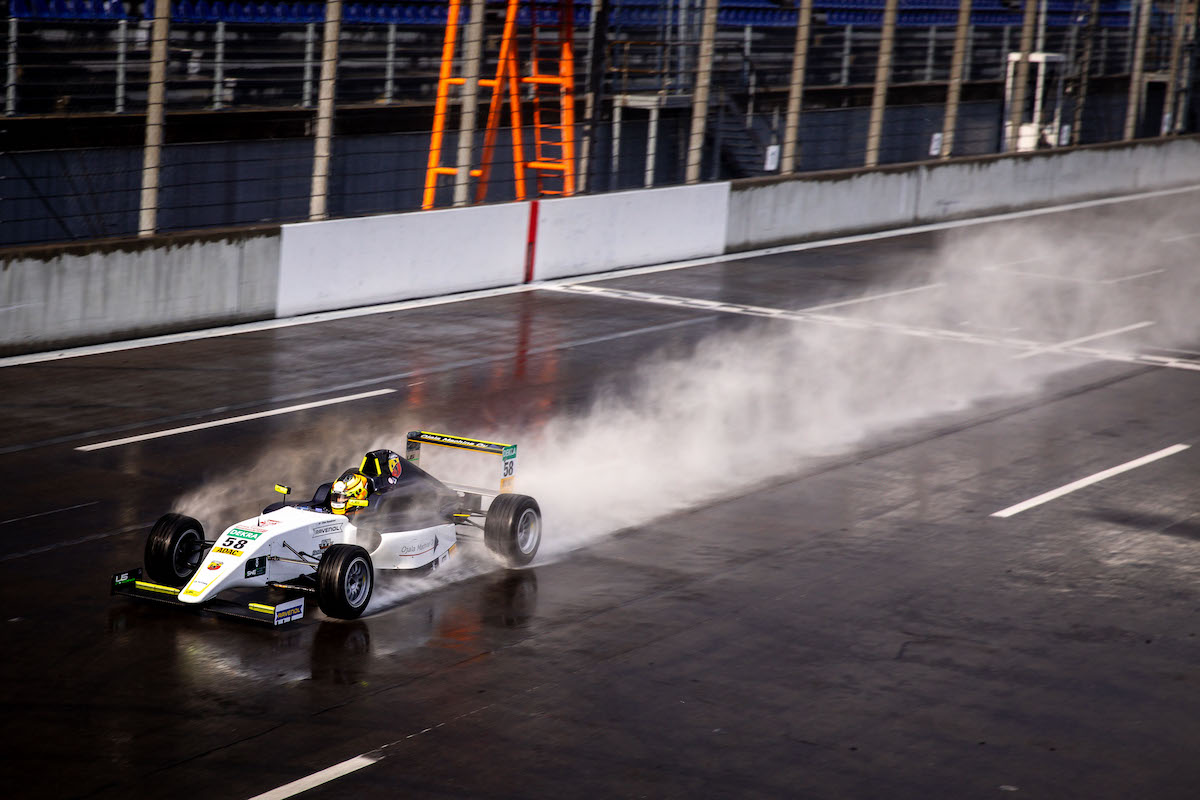 Elias Seppanen and Kirill Smal claimed their first ADAC Formula 4 pole positions in a pair of interrupted qualifying sessions at a wet Lausitzring.

US Racing’s Seppanen – who won a rain-hit race at the same circuit in the season-opening round – was towards the top of the timesheets throughout the first 15-minute session.

His fastest lap of 2m13.423 came late in the session, edging Mucke Motorosport’s Joshua Durksen by just over a tenth of a second.

Seppanen was improving on his final lap before the red flags were brought out, with Mucke’s Erick Zuniga not making his way around the circuit after they were brought out.

Behind Seppanen and Durksen on the race one grid are a trio of US Racing rookies. Tim Tramnitz was a tenth ahead of Oliver Bearman, while Vlad Lomko was fractions behind his British team-mate.

Van Amersfoort Racing duo Jonny Edgar and Jak Crawford could only manage sixth and seventh respectively – more than half a second off the pole time.

Worse was to befall championship leader Edgar in Q2, where he failed to set a time following an incident that caused the first of two early red flags.

When lap times finally started to be set with a few minutes remaining, Bernier went fastest with a time two seconds quicker than Seppanen’s race one pole.

Smal then went below the 2m11s barrier and found a further four thousandths of a second on his final attempt to secure pole with a 2m10.881s.

The SMP Racing protege scored his first and so far only podium in the same wet race that Seppanen won in the August round at Lausitz.

Crawford was 0.047s behind in second with Tramnitz third once again, while Seppanen took fourth with his final lap.

Bernier ended up fifth in front of Bearman, Duerksen and Lomko.