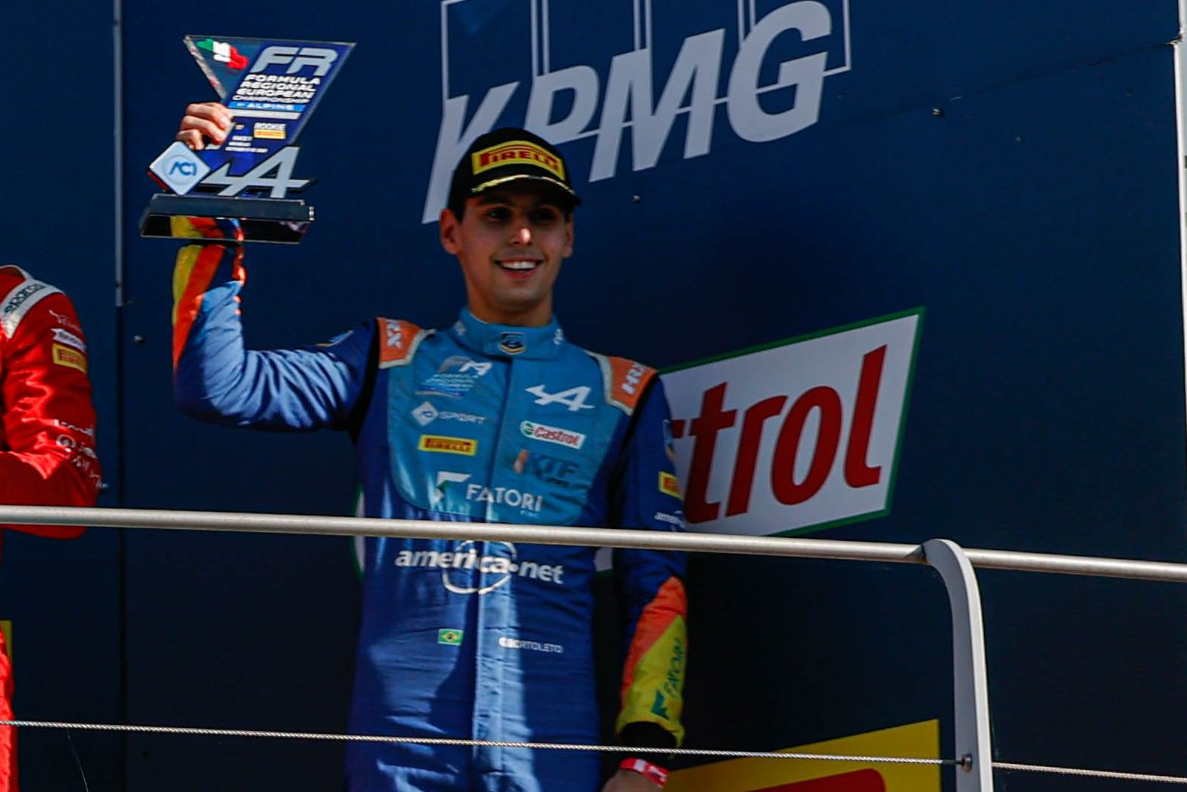 Bortoleto has already started his association with R-ace, as he drove in post-season FRegional European Championship group tests at the Red Bull Ring and Mugello last year with the team and was fastest overall in the first of those.

He then signed with the French outfit for the FRegional Asian Championship, where it will be running cars in alliance with Emerati team 3Y Technology. The United Arab Emirates-based FRAC season starts later this month on January 22/23.

“R-ace GP is one of the top teams in FREC, nobody has any doubts that having the opportunity to be their driver is amazing,” said Bortoleto.

“Their performance in 2021 was great, they were teams champions, and throughout the season they had their car always in the championship top five.

“We did four days of pre-season practice, and I felt great with the whole team and the car. I can’t wait for the seaon start to put everything I’ve learned into practice and make 2022 an unforgettable year.”

Bortoleto has a season of FREC experience under his belt, having raced for FA Racing in the series last year. He came 15th in the standings with 44 points and was claimant of FA Racing’s sole podium of 2021 at the Red Bull Ring.

Before that he raced in Italian Formula 4 in 2020 for Prema, and picked up one win and four poles as a single-seater rookie. R-ace team principal Thibault de Merindol has been watching Bortoleto with intent since that time.

“I’ve followed Gabriel’s performances since 2019 at the time he was racing karting but we never had the chance to collaborate with him to date,” de Merindol said.

“At the end of 2020, after his strong second half of the season in Italian F4, we already have been in contact to consider the 2021 FREC season together but unfortunately we were off timing to make it work.

“Finally, Gabriel will be a R-ace GP driver in FREC in 2022 and we are very much looking forward to it. During our winter testing at Red Bull Ring and at Mugello, Gabriel was able to confirm what we thought about his speed but beyond his performances on track, we were also very pleased with his sportsmanship and with his integration within the team.

“We are convinced that we share the same values of competitiveness and of team spirit. I strongly believe on our collaboration with Gabriel and we aim to fight for victories and for the title.”

Bortoleto’s FRAC team-mates will be Lorenzo Fluxa, Oliver Goethe and Buhler, who will only contest the last two rounds.

The Swiss driver raced in Spanish F4 in 2020 before stepping up to FREC with R-ace last year and taking a best finish of 20th. She is expected to race in FRegional in Europe again this year.