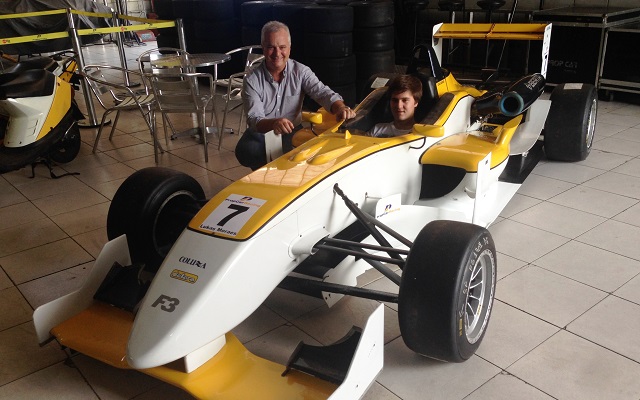 Darcio dos Santos is a legend within the Brazilian motorsport scene. Having been in the sport for decades, his team, Prop Car Racing, won the 1997 F3 Sudamericana championship with now-former IndyCar driver and F3000 champ Bruno Junqueira. After years of absence, Darcio returned to F3 with his squad in 2014 and has already tasted success. PaddockScout spoke to the triumphant team boss just after Lukas Moraes? first victory at Interlagos.

What were your expectations for this first year of Prop Car returning for a full season?

I expected the best. I wanted to come back to fight with the top teams, like Cesario F3, R&R Weissach Racing and Hitech Racing. They are the best in our series. So that was my idea. And, thankfully, after hard work and dedication, we are doing just this. I don?t have an engineer in my team. It?s me who does all the setup for Lukas Moraes and Fernando Croce and it?s me who tells all ofthe crew what they need to do. So it’s huge satisfaction for me.

So your first win wasn?t a surprise, right?

Our car is good, everyone in the team does a superb job, and they are highly-trained, so I think we will be a big factor in the four remaining rounds this season. Hopefully, we will win even more races.

Does already having a win since your team’s return change your approach for the upcoming races?

No, not at all. We will do the same things at the race shop. We always work with the next round in our mind, so everything will be fine. We have a very good car, our engine is great and I am very happy with my driver. As such, we are very confident.

Given your experience working with young drivers, do you believe a first win changes anything?

For them, it does. After a first win, they can relax a bit. They realize it is not a big deal, they don?t need to freak out and make mistakes on first lap to win, so everything settles down, and they start to trust the car and battle against the other drivers without any silly moves.

Who benefits more from Prop Car returning to race, the team or the series?

The team, of course. It is great for us to have a strong championship and to come back at a good moment, with support from CBA [Brazilian ASN] and Vicar [series promoter] who are trying to put our series back in the place where it deserves to be. And obviously it is better for us to be in such a good place.

All the news about your team refers to you as Rubens Barrichello?s uncle rather than Prop Car?s owner. Does it bother you?

That makes no difference to me. This is a new page in our history. Some years ago, Barrichello was called as Darcio dos Santos? nephew, and now I am his uncle. But it is all the same. I am very proud of being his uncle. He is son of my sister, my own blood, so obviously I have a lot of respect for him. I really like him and I think he likes me too because, every time we meet, he is very happy to see me.

In his early days in this sport, when he was trying to find a sponsor, he knocked on the door of a company and presented himself as Darcio dos Santos? nephew. But now it changed, and suddenly it is I who became his uncle.

Does Barrichello have any kind of contact with your team?

No. He is a very busy guy, with his TV commitment and his Brazilian V8 Stock Car ride. But I met him at Santa Cruz do Sul when F3 Brasil raced with the Stock Car series. He was in our garage, gave us some tips about Lukas? setup and asked about some parts of our car. Every time we meet is a learning opportunity for both of us.

However, when we are in a family meeting, we don?t talk about racing. It is just jokes, we talk about our family, travels or some curious cases we?ve been through.

Why did some teams want to check if Pedro Piquet?s car was legal after his winning streak in the first races this season?

I have no suspicions about his car. Cesario F3 is a very serious team that works hard. And they have all the merit to have won the first six races of this year. They are a winning team, they have my admiration and I haven?t any doubts about his car. I want to make this clear. Piquet?s car is not outside of the rules. 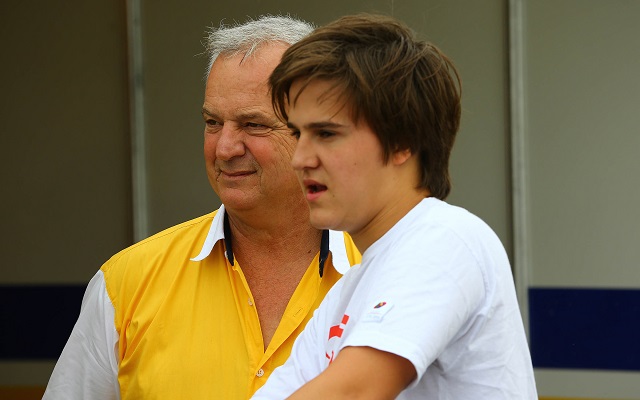