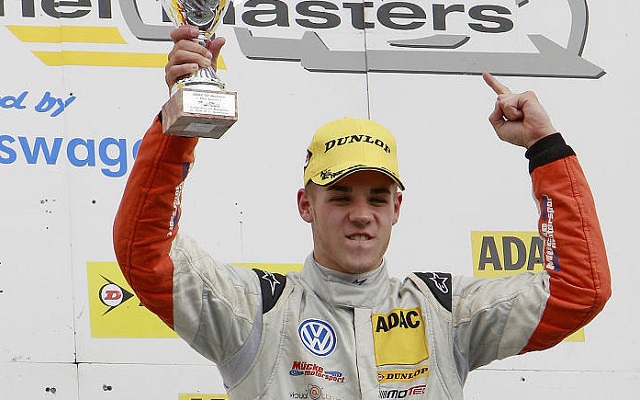 He was always going to be a title contender in his second year of ADAC Formel Masters, but the dominance he’s displayed was not expected and showed immense promise. Here’s what Belgian talent Alessio Picariello told PaddockScout about his season and his career plans…

Following a successful rookie year in ADAC Formel Masters in 2012, you decided to stay on for a subsequent title campaign. What prompted that decision?

Well, the winter was tough for me, as always. I didn’t know what I was going to drive before we got contact with Mucke in March and did our first test with them. Everything went well, from that point on we knew that something good could come out and we did it.?

Who has been your toughest opponent in the championship this year?

Actually, there wasn’t really one driver who I was fighting more than another. There were a lot of really fast and talented drivers and I really enjoyed fighting with all of them.

What would you say is the strongest and the weakest side of your racecraft?

I think that my stronger side is in races. I’m a different driver, the pressure is affecting me in a positive way and the bigger the challenge, the better I am. Also when I’m competing in tricky conditions, in rain. I love it. The weakest side is probably the qualifying, I always feel like I can go faster, but, in that, I’ve improved a lot this year. 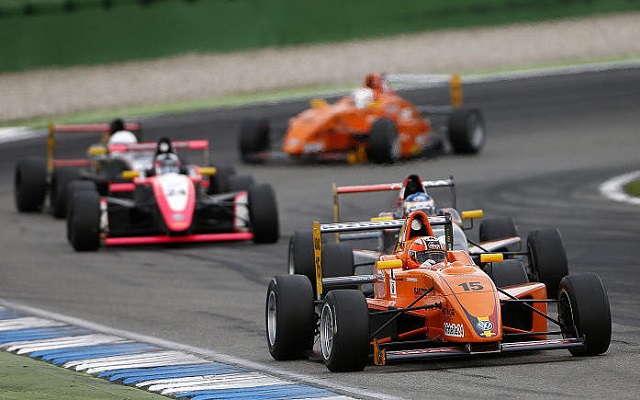 Your best results this year have mostly come from feature races. What do you feel about reverse-grid races as a concept?

Well, there are different points of view. In a way, it’s really good to give a chance to some drivers and it puts the leaders in a difficult situation, which lets them show their talent. But it can also be quite dangerous and create a lot of crashes, particularllyat some of the smaller tracks where it’s difficult to overtake. For me, the reverse-grid races were fine.

What led you to taking up a career in motorsport in general and single-seaters in particular?

I’ve started in karting like the most of the other drivers. When you are young, the only goal is Formula 1, and the only way to reach it is by racing formula cars. It isn’t easy, but that’s why it is so rewarding.

You’ve won races in ADAC Formel Masters and Formula Renault 2.0 NEC. How would you compare the cars, the tracks and the drivers in the two championships?

The Formula Renault is, for sure, a bit faster, but I think that the ADAC Formel Masters is better? for learning. The tracks are quite similar – both championships run on good tracks. And the drivers, it’s difficult to say. In ADAC Formel Masters, there is all of the German driving elite and Germany is really rich when it comes to good drivers. In the NEC, you often get the Eurocup drivers guest-driving and in that case the level is good, but when they aren’t there, the level may be a bit lower.

While your ascension up the junior formulae ladder to F1 has been going smoothly, how much would you consider a switch to a different motorsport category – say, touring cars or GT racing – if F1 becomes unrealistic?

At the moment my only goal is F1. For me, it would normally be impossible to be in motorsport, but I’m still here and won a championship, so it’s not unrealistic. I’m not thinking about anything else for the moment.

Have you had?contact with F1 teams or their junior programmes at this point in your career?

I had some contacts, sure, but nothing concrete for the moment. We’ll see what awaits us in the future.

You’ve enjoyed a great run with Mucke in ADAC Formel Masters this year, are you looking continue that partnership in 2014?

The logical step would be Formula 3 and Mucke Motorsport have a team in FIA F3 European Championship. It’d be great to do that series with them, but I’m looking at all the possible options at the moment, and, like i said before, the bigger the challenge, the better I am. So I hope to get a big challenge!