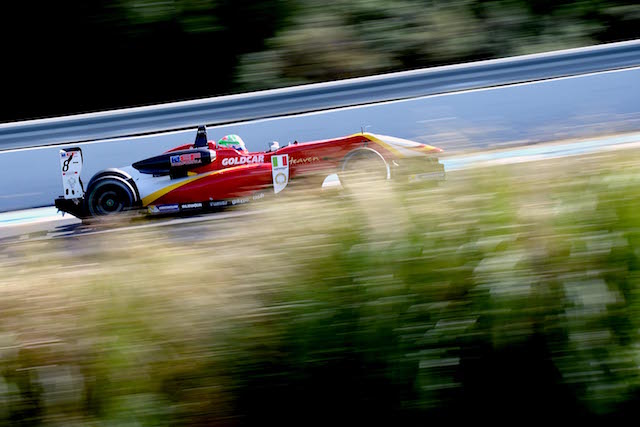 Leonardo Pulcini has wrapped up the Euroformula Open title in style by beating rival?Ferdinand Habsburg to the win in race two at Jerez.

Finishing close behind polesitter Habsburg would have been enough for?18-year-old Pulcini to put the title beyond doubt ahead of next weekend’s Barcelona finale, but he made a better getaway than the Austrian to lead into Turn 1.

Thereafter he gradually pulled away out front, finishing the race 2.8 seconds?clear of second-placed Habsburg.

Series debutant?Harrison Scott?jumped?race one winner?Colton Herta?for third at the start of the race and defended the place for the duration, finishing 10s behind Habsburg.

Another debutant?Vasily Romanov finished in fifth ahead of?Diego Menchaca, who received a one-second penalty for track limits abuse but remained ahead of?Tatiana Calderon.

Damiano Fioravanti retired into the gravel on the first lap after tagging?Julio Moreno.