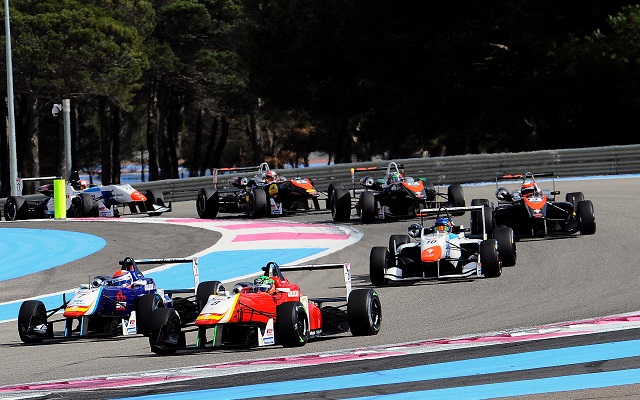 Pulcini, who will return to the series for a second season this year, edged ahead of race one’s pole-sitter Ferdinand Habsburg from second on the grid.

The Italian maintained his lead throughout the 14-lap race, leading a quartet of dominating drivers.

Pulcini finished closely ahead of Tatiana Calderon, who was also able to overtake Habsburg in the early stages as the Austrian?and Menchaca took third and fourth respectively.

While the top four was separated by less than two seconds, the following Damiano Fioravanti was further 10?seconds behind.

It was Ptak starting race two from pole position, thanks to the top six being reversed.

However, Menchaca stormed into the lead off the line with Habsburg also quickly making his way through Ptak for second.

The duo then pulled away and ended up in the top two, while the podium was completed by Pulcini.

The Italian overtook Ptak at lap 8, who dropped further back to sixth, allowing Moreno and Calderon through.

The Winter Series will continue?at Catalunya in two weeks’ time.