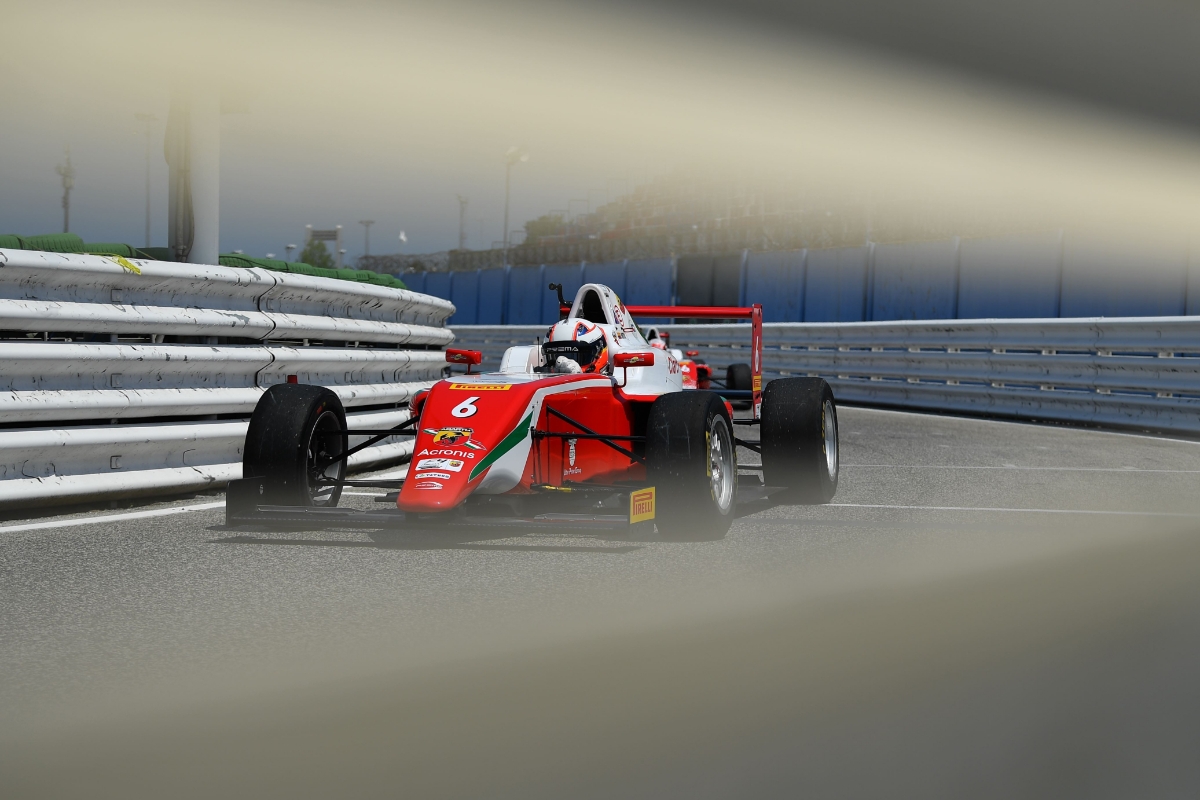 The second-year driver didn’t set any laps in the first two Tuesday sessions, but he and team-mate Kirill Smal were on the pace by the end of the day.

Francesco Braschi topped the times first on Tuesday, and Jenzer Motorsport’s Santiago Ramos went fastest in the second morning session after not turning up for session one.

Ramos edged AS Motorsport’s Kacper Sztuka in that session, and repeated the feat first time out in the afternoon before being bettered by Smal and Montoya in the final session.

Throughout the day the track was shared with cars from the Regional Formula 3-spec Ultimate Cup Series Single-Seater Challenge and two Tatuus T-318s fielded by Global Racing Service.

Nerea Marti was in one of GRS’s cars, preparing for her W Series debut. The team kept the identity of its F4 driver secret.

Leonardo Fornaroli, who raced for Iron Lynx in F4 last year, started Wednesday with the fastest time but was up-and-down on pace.

AKM Motorsport ran three cars, and also kept the identity of one of its drivers under wraps. They ended up being the pacesetter of the second Wednesday session, with Ramos not far behind.

Ramos went faster in the afternoon with a 2m04.241s lap, and looked set to top the final session too until improvements arrived from Cram Motorsport’s Nicolas Baptiste and then Montoya, who both ventured into the 2m03s.

Van Amersfoort Racing’s line-up included Swiss karter Eron Rexhepi, who will debut in Italian F4 this year but is yet to decide which team to sign with.

Similarly, Polish junior karter Kacper Sztuka plans to race after spending 2020 testing with Iron Lynx. At Paul Ricard he drove for AS Motorsport alongside Toni Kayla Naude, who did February’s three group tests with the team. Both are linked to signing with the team.