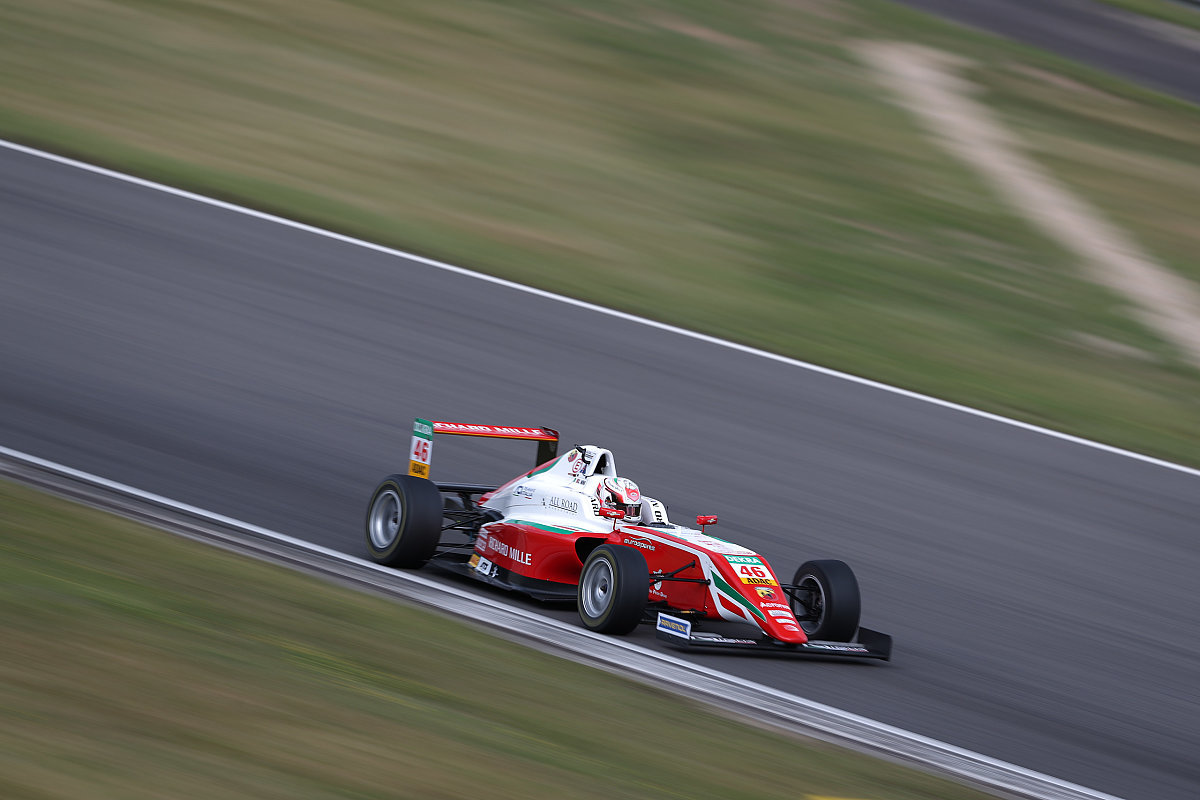 The Prema driver started from pole and lost the lead for a few seconds after Edgar’s Van Amersfoort Racing team-mate and Red Bull stablemate Jak Crawford made the most of the inside line heading to Turn 1.

Mini kept his foot down on the outside line though and had the inside line for the switchback at Turn 2, allowing him to reclaim first place as his Ferrari junior team-mate Dino Beganovic also came alongside.

Beganovic moved into second after Crawford locked up heavily on the run to the hairpin and fell all the way to the back of the field. Crawford pitted at the end of the lap, by which Mini already had a substantial lead.

Edgar had made it up from eighth on the grid to fourth on the opening lap, and passed Beganovic and US Racing’s Elias Seppanen to become Mini’s closest challenger on lap two.

The Briton couldn’t find a way past the leader though, even with the assistance of a safety car period caused by R-ace GP’s Artem Lobanenko losing his rear wing and it being run over by Mucke Motorsport’s Joshua Duerksen, and ended up sitting on the gearbox of Mini for the rest of the 19-lap race.

The front two pulled away significantly, with fastest lap being swapped between the pair, and a penultimate lap error prevented Edgar from attempting a last minute move.

US Racing’s Ollie Bearman overtook several cars after the safety car restart to run in fourth, then overtook his team-mate Seppanen and moved into the podium positions when Beganovic retired with front wing damage. A suspected mechanical issue on the final lap put Bearman out of third place though, with Seppanen benefiting to take a podium.

Victor Bernier (R-ace) and Italian F4 points leader Francesco Pizzi (VAR) finished fourth and fifth, with US’s Vladislav Lomko and Tim Tramnitz holding off Prema’s Sebastian Montoya after he had an early trip through the gravel.

Duerksen and Crawford recovered to take the final points in ninth and 10th.