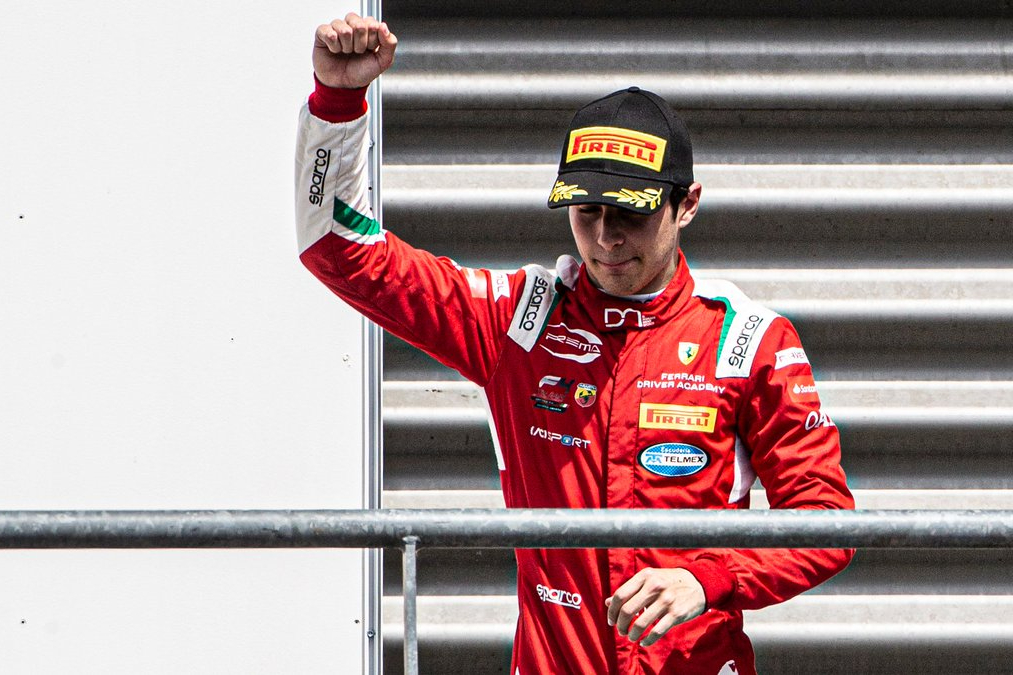 Rafael Camara’s move up to Formula Regional European Championship next year with Prema has been made official.

It was already widely known that the Ferrari junior would be following his Formula 4 team-mate Andrea Kimi Antonelli up a rung on the single-seater ladder with the team, and Prema confirmed Camara in announcement on Friday.

Camara’s car racing career started with Prema this January, coming second in the United Arab Emirates’ F4 championship with six wins and four poles. With one and two poles he then came third in Germany’s ADAC F4 series, and matched that position in Italian F4 where he claimed two wins and four pole positions.

“I am pleased to continue my journey with Prema in the 2023 Formula Regional European Championship,” said Camara.

“Although I will be competing in a new category being able to continue my path with one of the most historical team in junior categories is extremely valuable. We know each other pretty well after one year but already many races together, which gives us a solid starting point to achieve success.

“I have already started working on my mental and physical preparation, have tested the car in the past months, and am excited for the 2023 season to start.”

Before debuting in F4, Camara was one of the world’s top karters and from two years in senior karting he won the Champions of the Future series, WSK’s Super Master Series and Champions Cup, came second in the CIK-FIA European championship, fourth in WSK’s Final Cup and eighth in its Euro Series.

“In addition, he made quite some improvements in 2022 and proved worthy of making the step to a challenging new series. Being a rookie in FREC won’t be easy for sure, but I’m confident he will be an outstanding competitor and will make many more steps forward.”