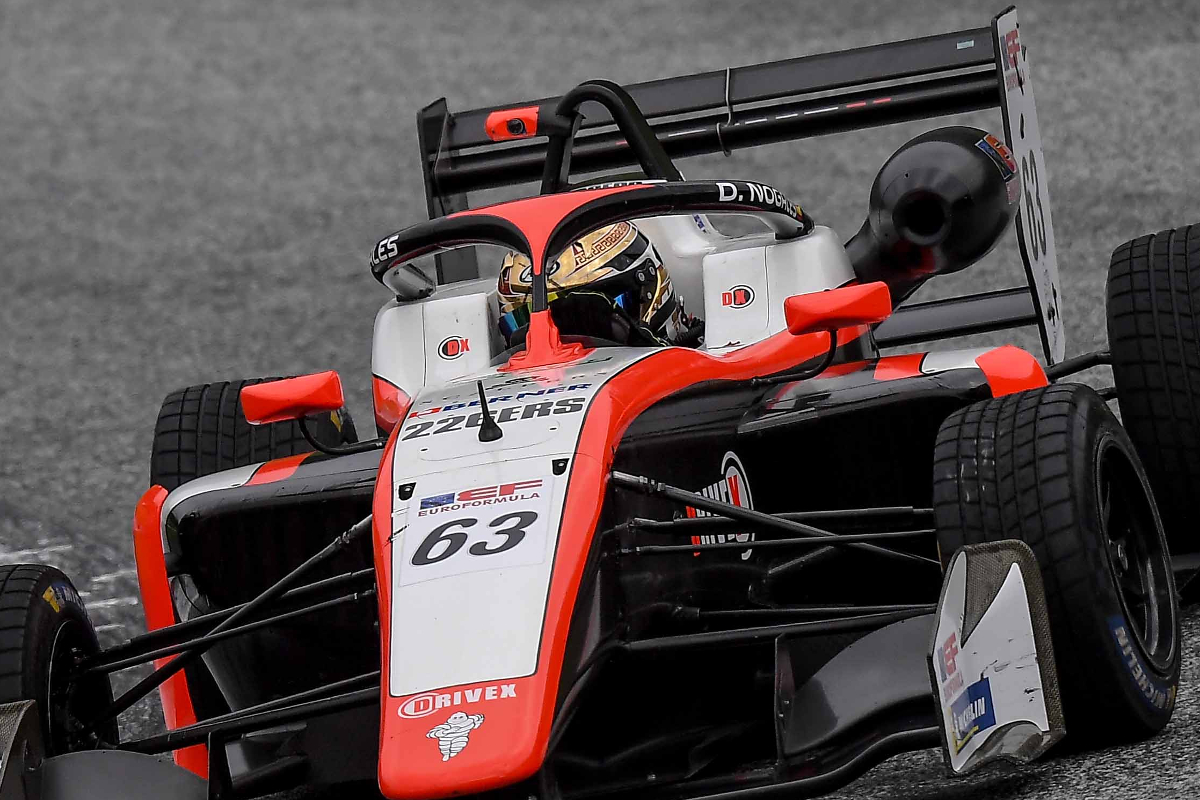 Daniel Nogales has signed to stay with Drivex School for 2023 after joining the team midway through this year, and will remain in the Spanish Formula 4 championship.

Nogales won the Spanish Karting Championship for X30 Senior karts last year and stepped up to single-seaters at the start of 2022 with Teo Martin Motorsport.

His Spanish F4 campaign with the team only lasted four rounds though, during which time he scored a singular point, and after that he left for Drivex. In the final three rounds of the season with his new team he scored 25 points and rose to 14th in the championship standings.

The teenager also stepped up to Euroformula with the Spanish outfit, contesting the Red Bull Ring round in September and scoring four points, but has opted to remain in F4 for his second year in single-seater racing.

“We’re really happy to announce that Dani Nogales will continue with Drivex Team next season in the Spanish F4 championship,” the team announced. “After a great second-half of the season with the team, we cannot wait to keep growing and improving together one more year. Let’s rock, Dani!”

Nogales is currently testing with the team at Barcelona along with three other drivers, and is Drivex’s third signing for the 2023 F4 season alongside two proteges of former Formula 1 driver Sergey Sirotkin.

The team has also been running a Euroformula car at the track this week, and has been preparing a driver for the new Formula Regional-rivalling Eurocup-3 series it plans to enter.