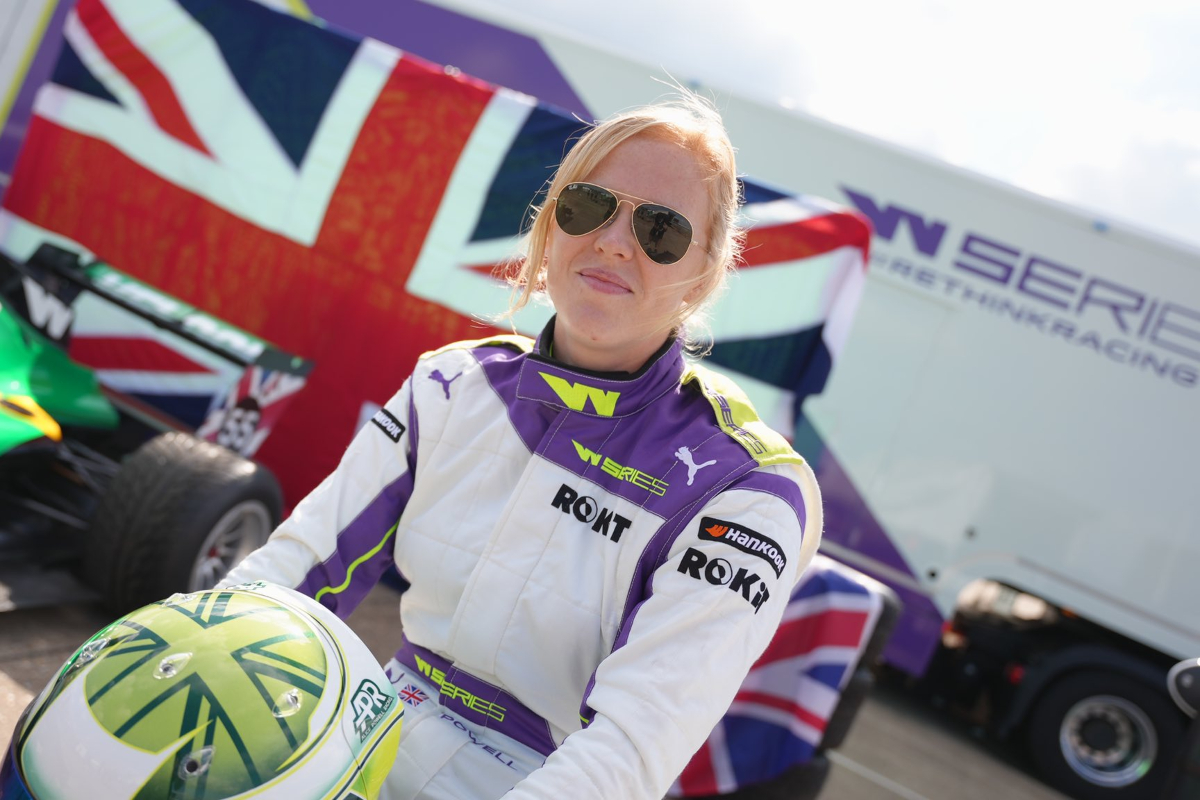 Alice Powell comfortably took her second W Series pole of the season in qualifying for the British Grand Prix support race at Silverstone.

The 30-minute session was decided in Powell’s favour on her penultimate flying lap, taking a sizeable advantage over the opposition with a 1m57.235s lap.

Laptimes were marginally slower than those set in the free practice session, which was held in cooler conditions.

Powell set a 1m57.831s midway through the session and gradually chipped away at that laptime until Fabienne Wohlwend edged out in front by two-thousandths of a second.

It was Powell’s responding lap to that which was her quickest to take her second pole of the year after having also taken the top spot for the season opener in Austria.

Reigning champion Jamie Chadwick was third quickest after taking the top spot early in the session, ahead of 2019 title rival Beitske Visser – who picked up a track limits violation at Copse.

Emma Kimilainen rounded out the top five, just ahead of Nerea Marti.

Debutant Abbi Pulling was eighth fastest and within a second of mentor Powell’s time, and was just behind Sarah Moore – who enters this round second in the championship.

Marta Garcia was ninth but carries over a three-place grid penalty for contact with Gosia Rdest in Austria, meaning that Jessica Hawkins and Belen Garcia round out the top 10 on the grid.

Abbie Eaton will line up 11th, just ahead of Marta Garcia. After an impressive run in the second Austria round, Irina Sidorkova could only manage 16th on the 18-car grid.