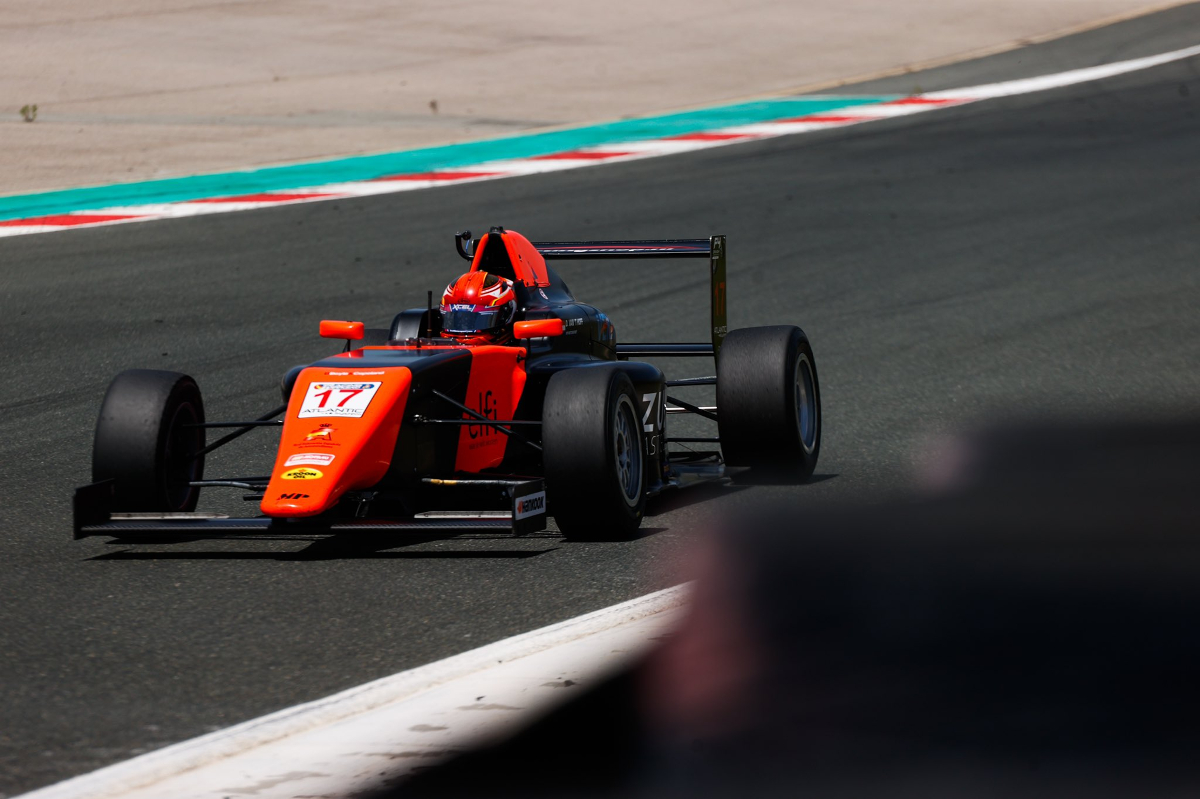 The Dutch youngster was fastest in both practice sessions, then did the same in the two qualifying sessions as well.

In Q1 he was fastest by 0.349 seconds over Campos Racing’s Sebastian Ogaard, with everyone else more than half a second behind.

Ryabov will start eight for race one though as he carries over a three-place grid penalty from the previous round. He will start high up in race two, where the grid is set by each driver’s second-fastest time in Q1.

Van’t Hoff claimed pole by just under a tenth of a second from Ogaard, with the second Campos car of Pepe Marti in third and Bordas an improved fourth. Ryabov will line up fifth, ahead of Teo Martin Motorsport’s Filip Jenic and MP’s Georg Kelstrup.

The gaps were bigger in Q2, as van’t Hoff ended the session with a clear margin over second place.

This time Marti bettered Ogaard for second, and he was 0.397s slower than van’t Hoff.

Ryabov was fourth, ahead of Praga F4’s Daniel Macia and MP’s Manuel Esperito Santo who was on provisional pole with four-and-a-half minutes of the session to go. Bordas again could do no better than ninth place.