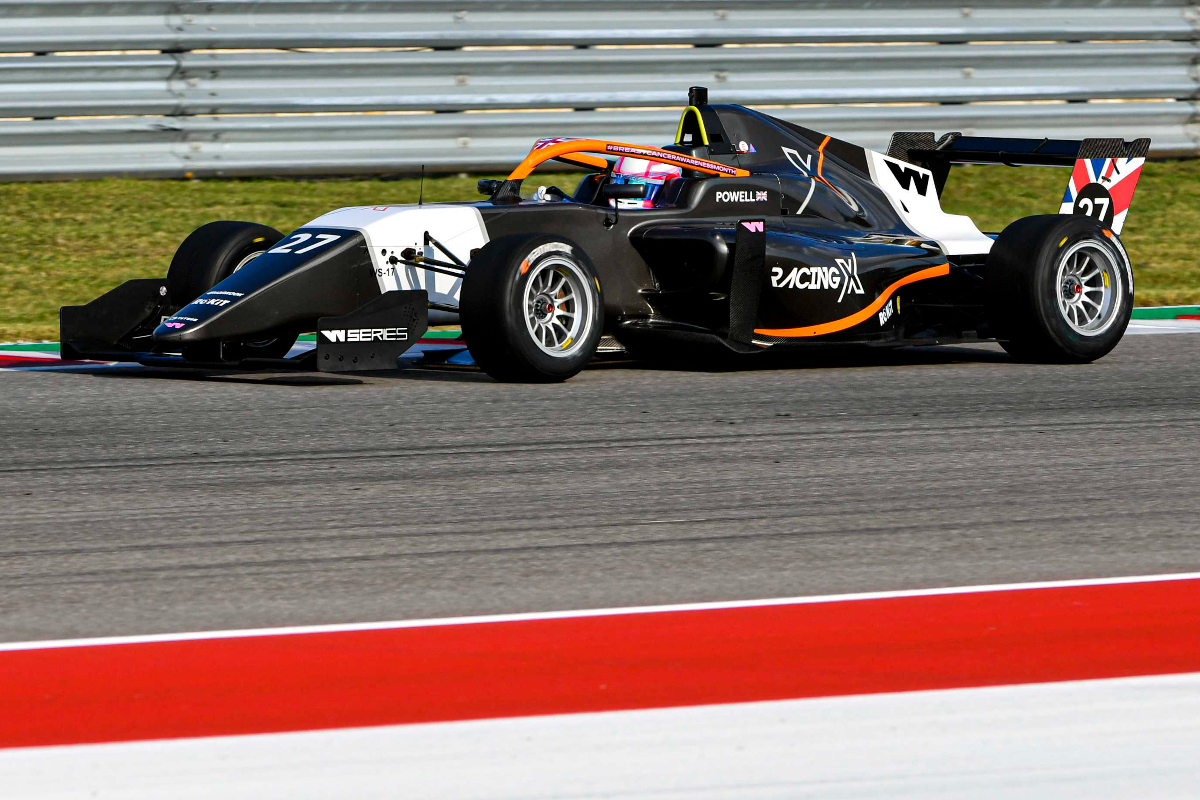 Alice Powell has said that she will take time out before seeing what is next after her W Series title ambitions came up short at Circuit of the Americas last weekend.

Powell went into the season-ending double-header level on points with compatriot and reigning champion Jamie Chadwick but ahead on countback. In free practice she was 10th and fifth, while Chadwick took command of both sessions.

Things only got worse for Powell when Chadwick notched up two front-row starts qualifying, including pole for the finale, while she could only manage 10th and ninth on the grid for the two races.

“In the first practice session, we had rear locking similar to what we had in Austria, but that wasn’t the biggest problem as the engine overheated and I was struggling for straight-line speed,” she explained after practice.

“In session two I was a bit hampered by the red flag, but I wasn’t the only one and I struggled with rear locking again. So, it has been a difficult day, but tomorrow is a new day.

“The track is bumpy, but I love the first sector. The middle sector is short and just straights, and the last sector is good too. It is probably the bumpiest circuit I have been on and that adds to the challenge for everyone.”

She then added on social media after qualifying that “it just doesn’t seem to be our weekend; however, I will continue to give it my all”.

Powell charged up to third as Chadwick won race one, meaning 10 points separated them going into the decider.

“Qualifying and practice were a nightmare for me but starting so far back gave me the mindset of having nothing to lose,” she reflected post-race.

“As Daniel Ricciardo says, it was about licking the stamp and sending it, and I had great pace in the race so a big thank you to everyone at [W Series branding partner] Racing X for working so hard to get me sorted and in the right frame of mind.

“So, a great race and hopefully there’s more to come tomorrow. Abbi [Pulling] and Sarah [Moore] were pretty nice to me but I’m gutted to take that podium spot from Abbi at the end.”

The decider went the way of Chadwick again, but Powell struggling to make the same progress as on Saturday and finished sixth. It meant Chadwick finished the season 27 points ahead.

“I gave it my all this weekend with some things not going in our favour,” Powell said. “It hurts, but I guess it isn’t all bad. Congratulations to Jamie, it has been a great fight all year.

“Time to take time out and see what is next.

“A massive thank you for W Series providing me with another year of racing and to Formula 1 for having us.”

Lundqvist the latest to get IndyCar test with Andretti