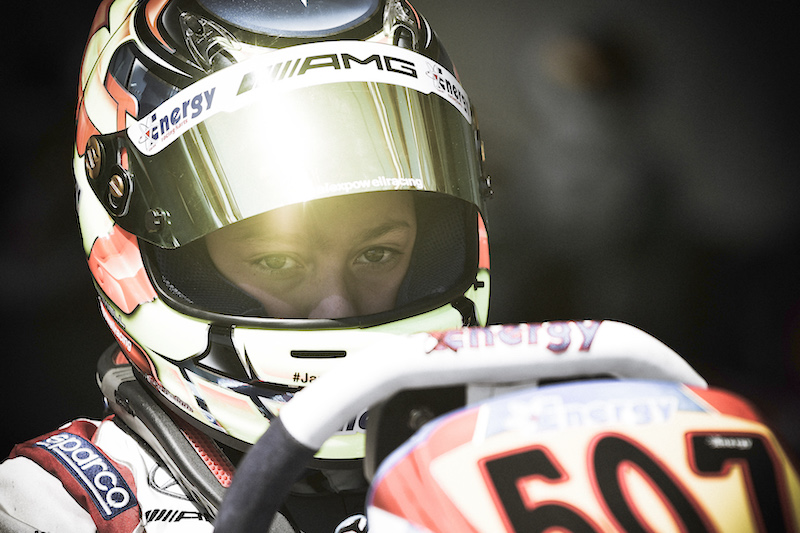 The Mercedes Formula 1 team has added 11-year-old Alex Powell to its junior programme, with the Jamaican joining 12-year-old Andrea Kimi Antonelli as a karter on the scheme.

Both have been scouted on behalf Mercedes by Gwen Lagrue, who was responsible for guiding Esteban Ocon’s career from karts, and later – after following his protege to the German manufacturer to head up its junior programme – recruited George Russell and supervised his ascent to F1.

Italian driver Antonelli – the son of Italian Formula 4 team boss Marco – has been under the wing of Mercedes since last year, when he won the WSK Champions Cup and the Winter Cup in the Mini class for Energy Corse.

Late last year, Antonelli switched to Nico Rosberg’s team for a move up to the OK Junior class, where he has already won this year’s Winter Cup and WSK Super Master Series.

While Mercedes boss Toto Wolff admitted early in 2018 that he was tracking Antonelli, Mercedes officially confirmed its support for the first time on Thursday in a tweet introducing both he and Powell as junior drivers.

Driving for Energy, Powell won the WSK Final Cup in the Mini class last year, and in February claimed the Winter Cup title.

Powell’s father John is a successful rally driver in the Caribbean, who in 2012 took part in Rally Spain with the M-Sport Ford team.