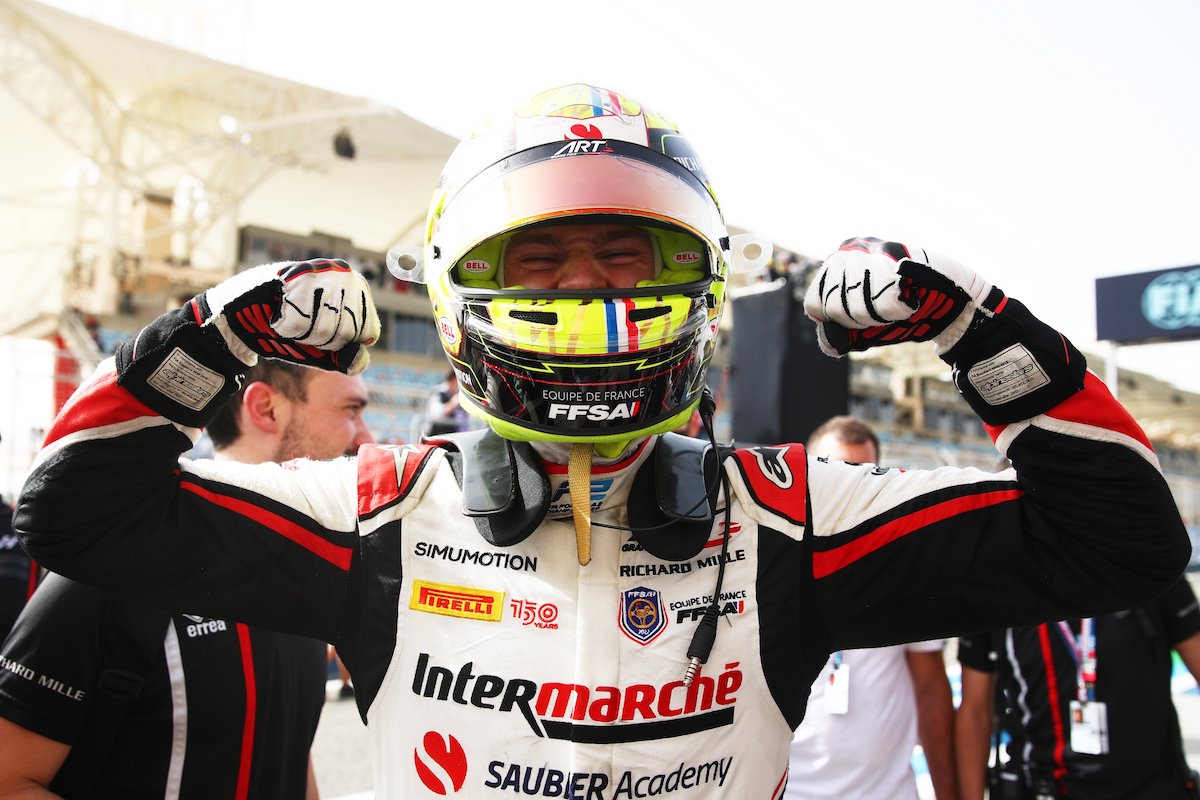 Theo Pourchaire has revealed he had a cracked visor that hampered his vision on his way to winning the Formula 2 Bahrain feature race.

Sauber junior Pourchaire left behind all of the chaos in the first feature race of the year to win for the third time in F2, inheriting from a botched pitstop for Red Bull junior Juri Vips.

The ART Grand Prix was asked by Formula Scout in the post-race press conference about whether he was aware of the chaos unfolding around him during an eventful race but revealed he had dramas of his own to contend with.

“During the race, my helmet broke, my visor broke, because of rubber from the tyre,” Pourchaire said. “Behind Drugovich, I received something, and the visor was broken.

“It was like a crack. All the left side,” he explained when asked by Vips whether it was a hole in it.

Speaking of the Vips pitstop, Pourchaire said: “To be honest, I didn’t even know that Juri was in the pits. So, in the pitlane my engineer told me ‘be careful, Juri is maybe just going to exit in front of you’, and finally he had an issue.

“And then I was behind Drugovich, and he didn’t even know my position, my engineer. So, we need to work on that a bit. I was maybe sometimes screaming a bit at him, saying ‘oh, concentrate on the race please’, because yeah it was important.”

Vips, meanwhile, revealed that he had equipment issues himself in Saturday’s sprint race.

“I had yesterday my left belt came completely off the HANS,” he said. “Every time I braked since lap five my head was like this [dropping to the left].”