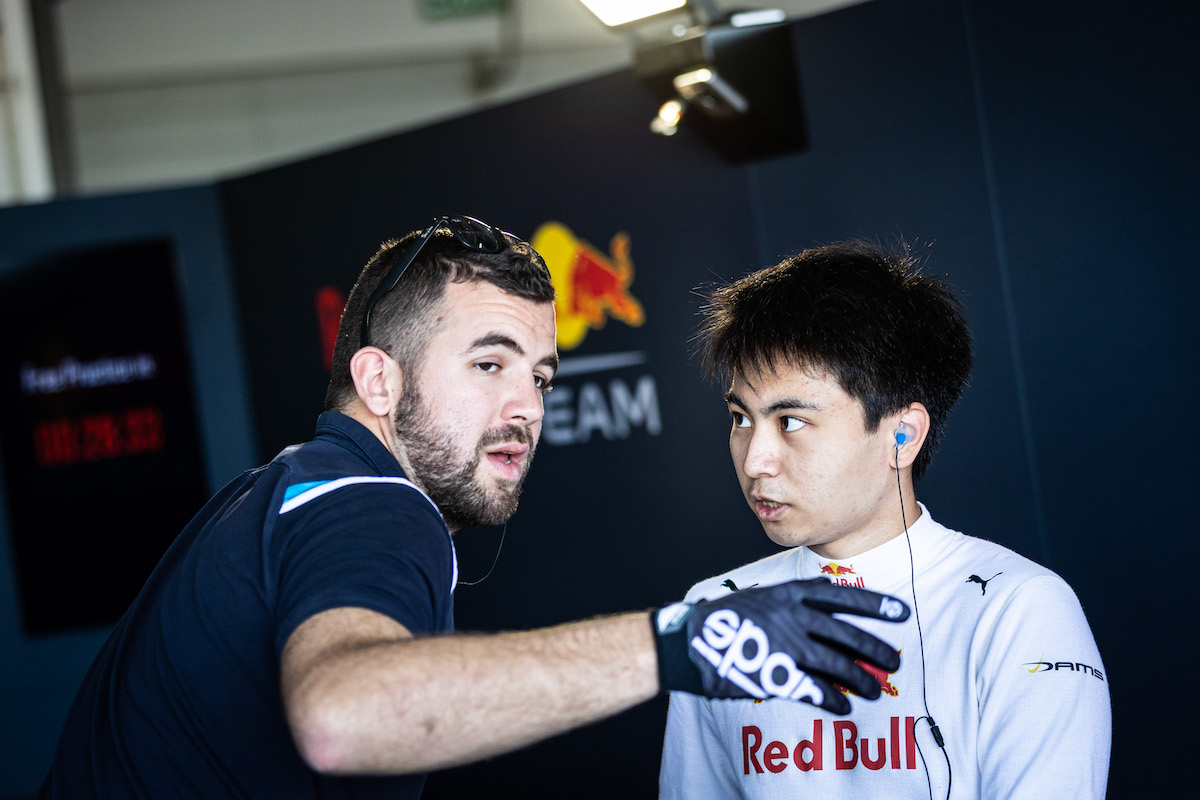 Red Bull junior Ayumu Iwasa had an eventful Formula 2 debut at Bahrain, spinning off in qualifying but then enjoying two races filled with overtaking.

The 20-year-old DAMS driver spun in qualifying before anyone had even set a lap, managing to beach himself in the turn two gravel trap and meaning without a laptime recorded he would start both the sprint and feature races from last on the grid.

Despite that he charged into the points, ending up as the highest-placed debutant in eighth place in the sprint and then pulling off numerous overtakes to lead the feature race, pitting three laps later than anyone else having started on the softer compound of tyre.

“Overall, this weekend was not so bad,” he said. “Especially the races were good, I overtook a lot of cars, especially in the feature race.”

Iwasa dropped back down the feature race order in a last-lap dash to the line from a late safety car restart, meaning he finished in 16th and sits 13th in the standings after round one.

“In the end, we stopped today with an engine issue,” he revealed. “A problem with the water pump, the engine got very hot and finally broke.

“Our strategy was really working today, I had a different strategy to most of the other drivers, starting on the soft and I had quite good pace with both that and the hard tyre. So, it was really positive as a rookie.

“But I had a really big mistake in qualifying which was just my fault. When I tried to upshift early, I had a really big shift shock and then I spun. With cold tyre and cold track temp. I should have been more careful about that. So just my easy mistake.”

“In free practice we were P2 but there was a different strategy as well. We put another new set in at the end so that is why I was P2. I didn’t care about that, but I think it was possible to get top 10 at least in quali, probably top six or seven. We already had really good race pace, so definitely I could get a really good result if I could have made a good quali. That is the improvement I have to make.”

Iwasa said to select media on Thursday that finishing races to gain experience was his priority, and highlighted brake and tyre warm-up as being the biggest challenges compared to FIA Formula 3 which he raced in last year.

He added to his analysis of his races post-weekend, saying: “The car was great [in the sprint]; I managed the tyres well and felt quick on track. On Sunday it was more of the same, the car was amazing, and I was able to make plenty of overtakes, which was really fun.

“It was a shame we had the technical issue at the end of the race, but we showed we have really good speed in the car.”