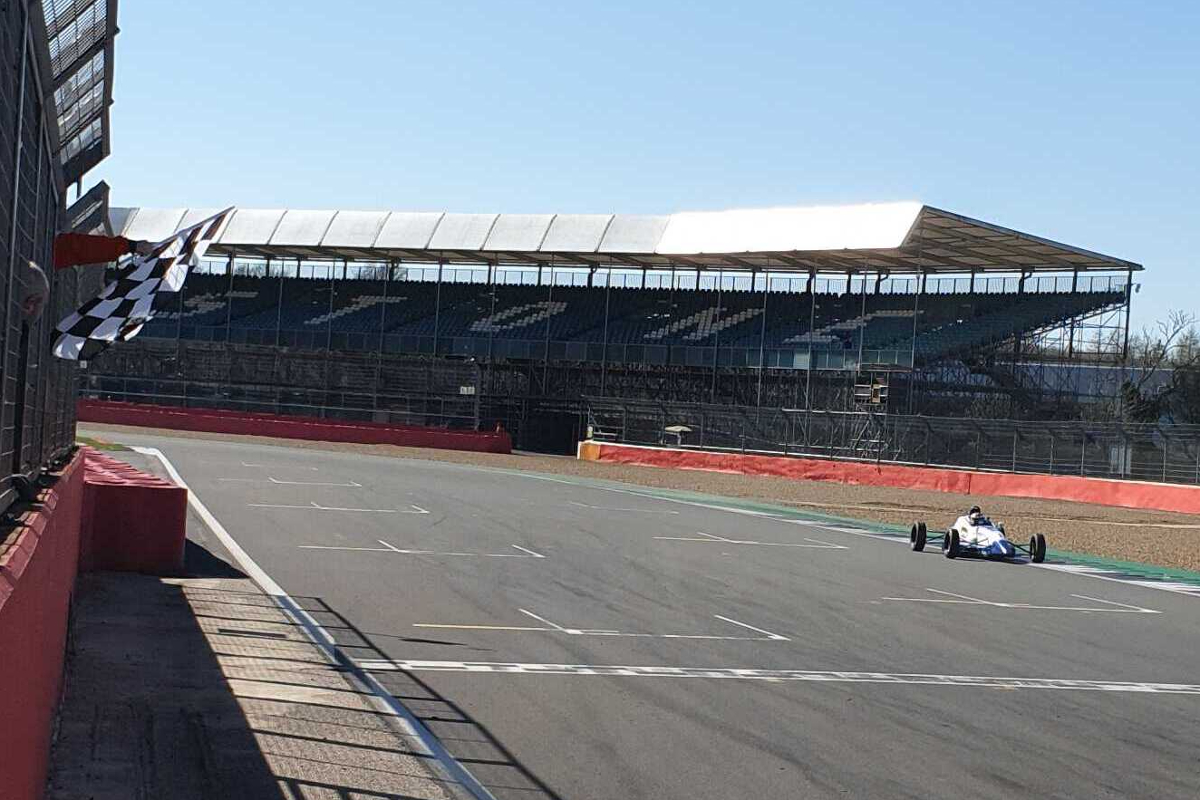 Jordan Dempsey departs Silverstone with a healthy points lead in the BRSCC National Formula Ford 1600 championship after making it two wins out of two to start the season.

Race one victory put Dempsey on race two pole, and he made a strong start while B-M Racing’s Jamie Sharp exited proceeding at Village as he mounted the rear of Colin Queen’s Ammonite Motorsport-run car as he went to pass for fourth.

Sharp then spun across the track and was thankfully avoided, and the safety car was called out at the start of lap two just after Dempsey’s Kevin Mills Racing team-mate Tom Mills went down the inside of Oldfield Motorsport’s Lucas Romanek at Abbey for second place.

Dempsey sprinted away at the restart, and at the end of that lap Romanek’s car pulled up exiting Club. There was more drama at that corner next time by as Shawn Rashid spun his Ammonite team-mate Andre Lafond as they fought for sixth.

Lafond did a full spin on the pit straight but was avoided by everyone behind, with Team Dolan’s Morgan Quinn opportunistically getting himself up to sixth having started down in 18th.

B-M’s Rory Smith passed Queen for third and went to attack Mills at Stowe, but that allowed Queen to tuck down the inside of both. Mills braked late at Club to try to reclaim the position but couldn’t do it, setting up a three-wide entry into Abbey.

Smith was on the inside and passed both, with Mills running wide but emerging in third. Queen took that position around the outside of the entry to Club, but on the next lap Mills reclaimed it on the inside of Stowe.

This allowed Dempsey and the faster Smith to break away, with Queen waiting another two laps before taking Mills at Stowe. Mills replied at Abbey a few laps later, then Queen’s next go was around the outside of Stowe. The pair made contact, with Mills’ rear-left wheel touching Queen’s right sidepod.

Queen went off but Mills outbraked himself at Club, and Queen got back ahead until Abbey. The battle continued into the penultimate lap when Mills’ car started crabbing on the pit straight and he had to park it. The chequered flag was therefore waved a lap early, stopping Smith’s chase of Dempsey.