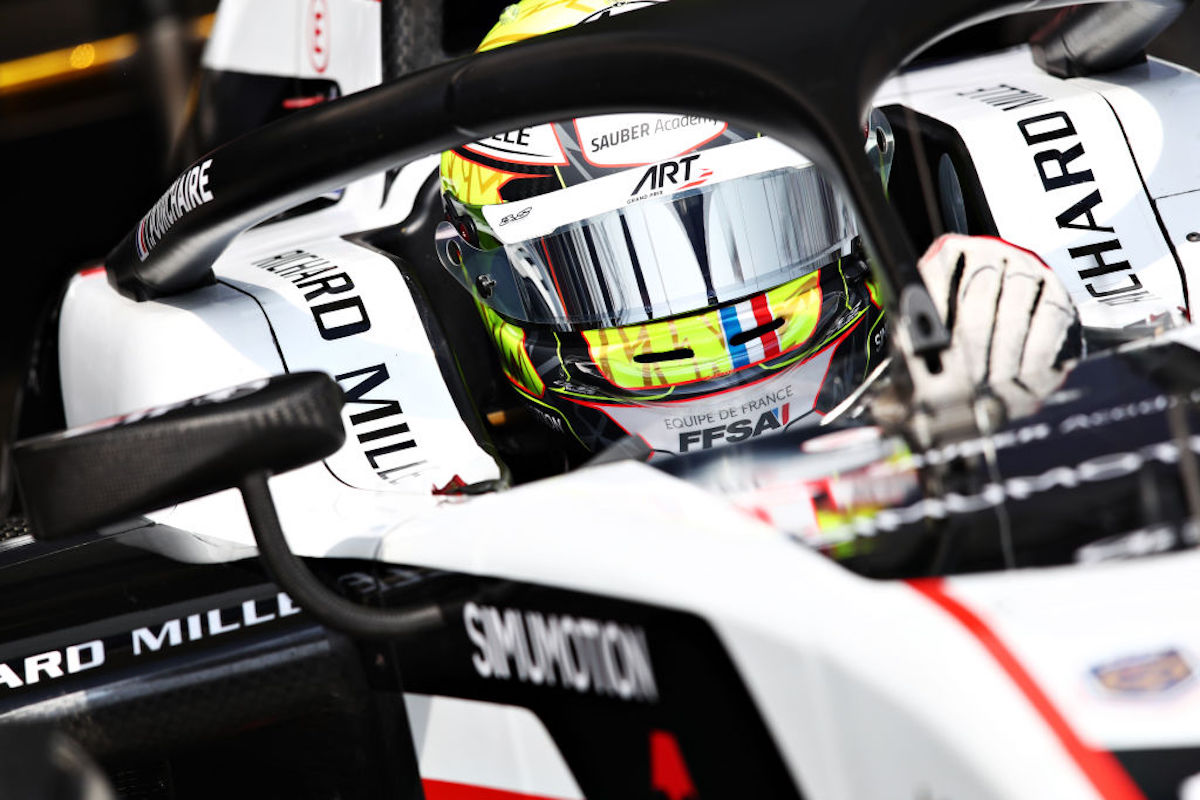 Theo Pourchaire is not concerned by the discrepancies between ART Grand Prix Formula 2 team-mates over previous seasons, believing it to be down to the driver and not the team itself.

The FIA Formula 3 runner-up in 2020 with ART, Pourchaire makes a full-time step up to F2 this year with the team, joining Christian Lundgaard who starts among the championship favourites in his second year with the squad.

Lundgaard had the upper hand over Pourchaire’s predecessor Marcus Armstrong for most of last season, outscoring the Ferrari Driver Academy member by 149 points to 52.

That followed similar imbalances in the results of drivers at ART, which last got both its drivers into the championship top-eight in 2012. Its most recent teams’ title came in 2015, when its dominant champion Stoffel Vandoorne scored more points alone than every other outfit.

“I think [it] was only because of not-so-good second drivers, I would say,” Pourchaire replied when asked about this phenomenon by Formula Scout.

“For me, it’s a great team. We all know ART for a long time, they have had a lot of Formula 1 world champions in the past.”

When Nyck de Vries became champion with ART in 2019, his team-mate Nikita Mazepin was 18th in the standings with just 11 points. The year before that, George Russell took the title while Jack Aitken came 11th with 63 points.

Alexander Albon is the most recent ART driver to score more than 50 per cent of his team-mate’s tally, finishing 45 points behind Nobuharu Matsushita in 2017 having missed one round. Mazepin, Aitken and Albon have all since gone on to race in Formula 1.

“They are a great team, they have two good cars,” Pourchaire continued. “There is not one car faster by five-tenths than the other one.

“It’s the job of the driver to be fast, and for me it will be really difficult this year because I have a really good team-mate as well. So, I will give everything to win with the second ART seat. We will see.”

Pourchaire has stated while he hopes to fight for the title as a rookie, he has not set himself any goals in his first full season.

“Like every racing driver, I would like to win,” he said. “This year I think the 22 drivers on the grid want to win the championship. I think I have a good team. If I can work a lot, I can possibly win some races. I hope I will fight for the championship, but it’s a big step to F2 so I still have a lot of things to learn.”

Lundgaard also gave his view on his new team-mate, saying “so far, we have a pretty decent relationship”.

“Looking at his pace from the test, I think he could be strong, and in terms of that, I would say that working together to bring the team forward, I would say we are probably slightly ahead of where we were last year.”