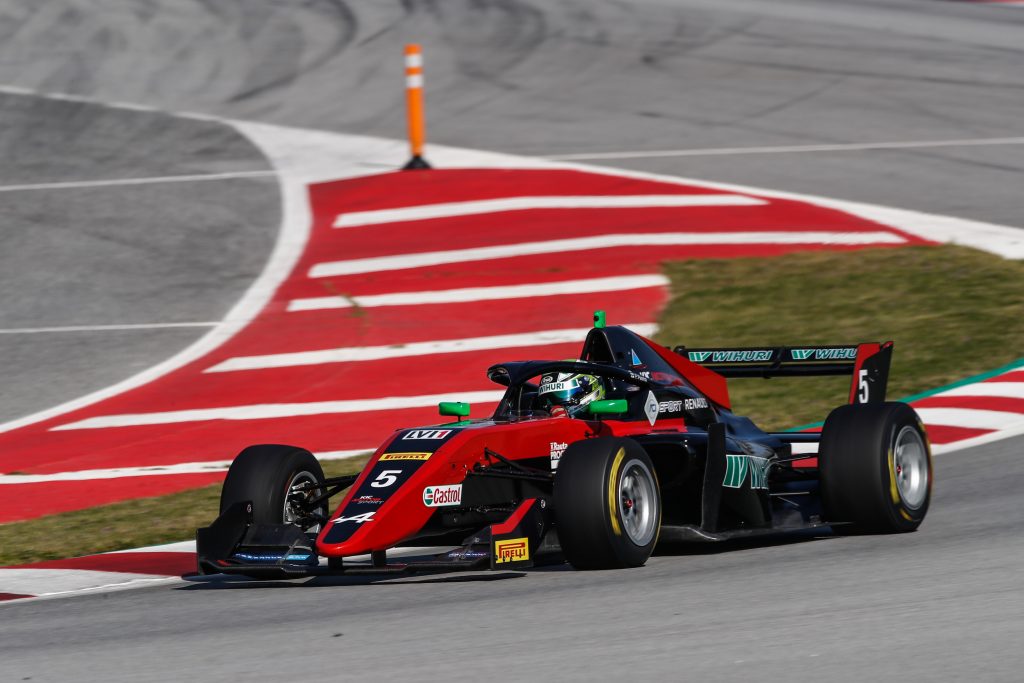 KIC Motorsport’s Patrik Pasma sprang to the top of the timesheet in the final minutes of the first day of Formula Regional European Championship testing at Barcelona.

The Finn was eighth fastest in the morning, as Prema’s Paul Aron set the pace early on and there was little change in the order after a red flag stoppage.

Arden’s Alex Quinn ended up being Aron’s closest rival, and the only other driver in the 1m40s, while MP Motorsport’s Franco Colapinto rose to third place late on.

There was little drama in the afternoon too, with FA Racing’s Mari Boya the pacesetter after half an hour of the four-hour session but one of only two drivers to have actually gone on track.

R-ace GP pair Hadrien David and Isack Hadjar moved to the top after 45 minutes, by which point a third of the field had set a lap, and Aron went fastest at the start of the second hour once another third of the grid had ventured out.

Drivers lapped off the pace or remained in the pits for the next two hours, with Van Amersfoort Racing’s Francesco Pizzi going fastest with an hour to go.

There wasn’t a response for another 15 minutes, when Aron and then ART Grand Prix’s Gregoire Saucy set new benchmarks and Saucy became the first of the afternoon to lap in the 1m40s.

Saucy improved on his lap later on, and was on top until the last five minutes when Pasma and Quinn went out and went first and third fastest. Aron couldn’t match his morning pace but was fourth overall, with David completing the top five.

The session ended early with a red flag caused by KIC’s Elias Seppanen, while a broken hand prevented R-ace’s Lena Buhler from taking part and also rules her out of the next test.