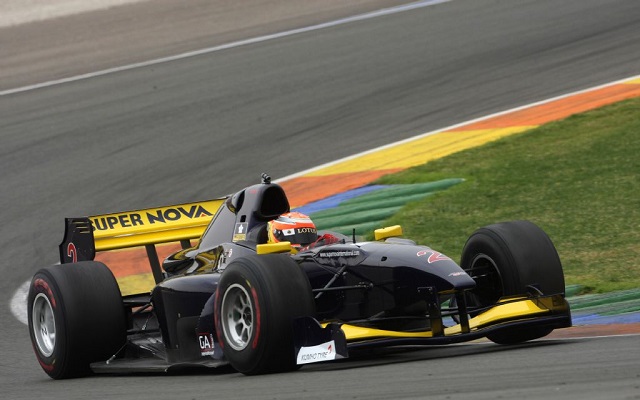 The 23-year-old returns to single-serters after having raced in the Porsche Supercup last season with Lechner Racing Academy, finishing 15th in the standings. He boasts a strong CV in junior categories, having competed in Formula BMW, ADAC Formel Masters, German F3 and the now defunct FIA Formula Two Championship, where he finished fourth in 2012 with three victories to his name.

?It?s a pleasure to drive for Super Nova, a team that has had great success over the years and knows everything there is about the Auto GP car,? said Pommer. ?At the test I felt immediately comfortable in the team and very much enjoyed driving the car – it has good downforce and plenty of power and suited my driving style well.?

?We are very happy to have found an agreement for him to be part of our team and I am confident that we will achieve excellent results together,? said John Sears, team manager of Super Nova. ?We covered an extensive test program over two days, including long runs and pit-stops, so he is well prepared for the season opener in Marrakech.?

Pommer had originally been in contention for a GP3 Series seat with Russian Time, but was ruled out after the untimely passing of the team founder Igor Mazepa and the subsequent departure of Motopark Academy.

The German joins Italian female racer Michela Cerrutti as the second driver announced in an expected three-car lineup for the reigning champions. Canadian Gianmarco Raimondo is believed to be the prime candidate to complete the teams’ 2014 roster.