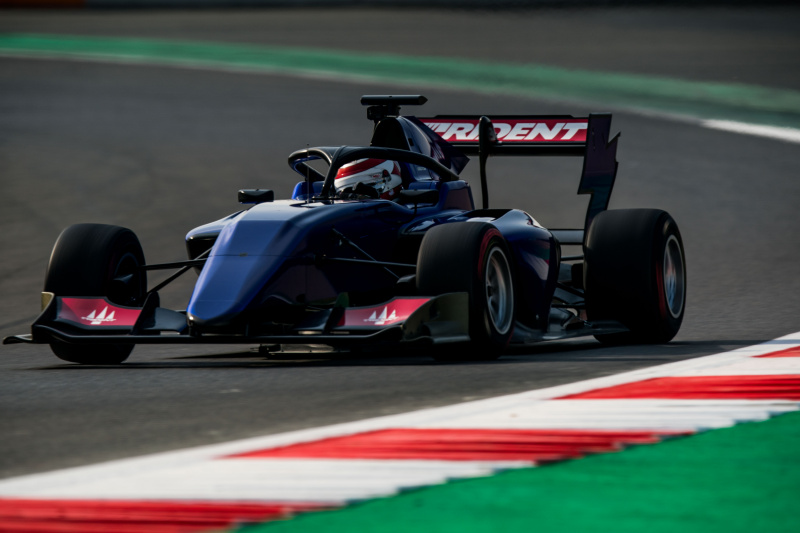 The pair, who both competed in GP3 last season, will race alongside Niko Kari at Trident for the inaugural season of the new F3 series, a successor to GP3.

Piquet joined Trident for his GP3 debut last year, and took two sprint race victories on his way to sixth in the standings. This year he?s aiming to challenge for a third F3 title, adding to the two he won in Brazil in 2014 and ’15.

?I am really motivated for the season ahead,? Piquet said.

?I experienced a great 2018 season with [Trident], scoring two wins and several podium finishes. For 2019, I am sure that we have everything we need to do even better and challenge for the title.?

DeFrancesco moves to the team having raced with MP Motorsport in GP3 in 2018. He missed the first two rounds, having previously committed to FIA European F3, and then withdrew at the Hungaroring through illness. He scored zero points, but joined Trident for the post-season Yas Marina test and was sixth fastest.

?I started to work with Giacomo [Ricci, Trident team manager] and everybody from Trident at the tail end of last year.

?These guys are pretty unbelievable. I have a great engineer, Andrea Mancini, and the mechanics are really switched on as well.

?The new car feels quite a bit different from last year. We learned a fair few things at the shakedown and I look forward to making more progress at the official test at Paul Ricard. It?s going to be a hard year, it?s such a competitive field, but I?m ready to bounce back from a difficult 2018.?

Team boss Giacomo Ricci is confident both drivers will continue to improve in the new F3 championship.

?Pedro?s talent and potential are out of question,? he said. ?I am delighted to see him continue in his quest for Formula 1 wearing the Trident colours.

?The team will put up its best effort to support him and enable him to achieve his career goals.

?We are delighted to welcome DeFrancesco [too]. He really impressed us for the skills and consistency he showed last season.

?We also had the chance to evaluate him first-hand in postseason testing at Abu Dhabi and he really impressed the technical staff of Trident so we quickly found the right chemistry together. I am sure that all the best conditions are now in place for a high-quality season.”