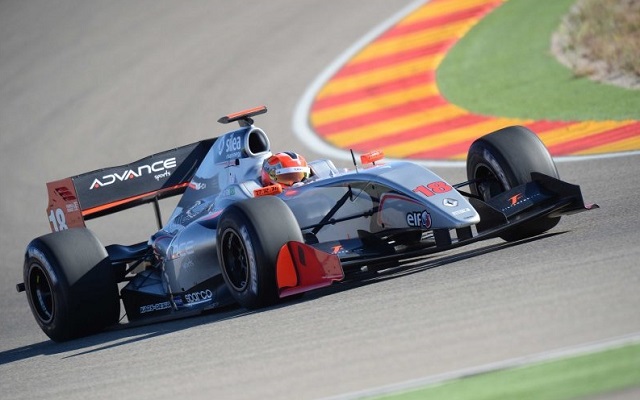 Brazilian racer Pietro Fantin will remain in Formula Renault 3.5 for a sophomore season, having secured a drive with International Draco Racing.

Fantin, 21, made his 3.5 debut in 2013 with Arden Caterham, partnering title contender Antonio Felix da Costa. He scored 14 points by the end of the year, finishing with a best result of seventh. Prior to that, the Brazilian spent two full-time years in British F3, taking a win along the way.

The youngster ran the full post-season testing schedule with Draco, including two days at Catalunya and three days at Motorland Aragon.

“I’m very glad to have gotten the chance to be part of Draco in 2014”, said Fantin. “Together, we will work to fight for victories and the accomplishment of our goal, which to finish in the top five at the end of the season. During testing in Spain, I got to see the team’s motivation, their will to win and the great atmostphere within. All that gives me the assurance that we will have all the conditions to enjoy a great year.”

“I’m glad to be able to continue the Brazilian tradition within Draco”, stated team boss Guto Negrao. “Fantin is a young man who showed great signs progress while testing with us and has a very professional attitude. He’s on the right track and now we hope to bring the momentum from testing into the 2014 season. Regarding our other driver, we are currently evaluating some options, but expect the name to be announced soon.”