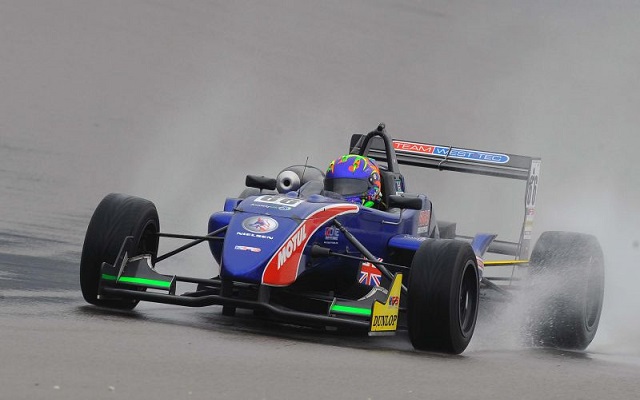 Briton Cameron Twynham has announced his graduation to the main class of the European F3 Open championship, continuing his partnership with series frontrunners Team West-Tec.

The 17-year-old racer enjoyed a successful 2012, taking second in the populous Copa category of F3 Open with two class victories along the way.

Prior to that, Twynham has competed in the now-defunct Intersteps series, taking seven podiums on his way to fourth in the standings.

“We spent a long time weighing up all the options out there but came to the conclusion that a year of learning the new car in a winning environment that I?m already accustomed to was the best bet for 2014”, said a confident Cameron on his main class promotion. “It will be Team West-Tec’s eighth year in F3 Open and they?ll be coming off the back of a championship-winning campaign, so there?s absolutely no question marks over their experience or pedigree. The fact that I?ll be working with the same engineers and staff is also a big bonus. All the pieces are in place for a successful season.”

West-Tec ran two drivers full-time in the main class of F3 Open this year, with Ed Jones ultimately taking the title and Nelson Mason rounding out the top three in the standings. The duo accounted for nine victories achieved in sixteen races, albeit that still proved insufficient for West-Tec to overhaul RP Motorsport in the teams’ standings.

“We are delighted to re-sign Cameron for 2014”, stated team boss John Miller. “He was the pick of the rookie Copa drivers this season so it was always a priority of ours to retain him. After such a successful year in 2013, with the team winning 11 of 18 F3 Open races, we are putting together a very strong line-up for 2014 and I?m sure Cameron is going to be challenging at the very front of the field with Team West-Tec. I know everyone is really looking forward to that.”