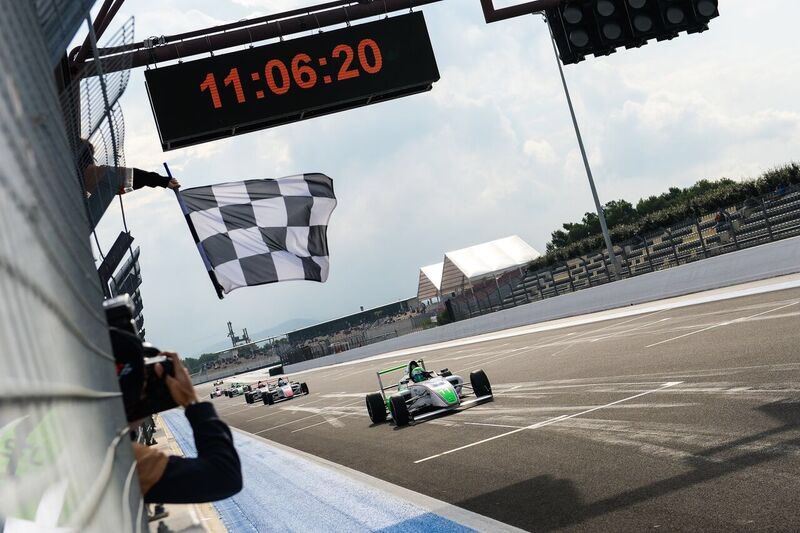 Chovet lead from lights to flag but was chased throughout the 10-lap encounter by Dijon race winner Nouet, who ramped up the pressure in the closing stages of the race.

He weaved around the back of Chovet to try to force a mistake, but the leader didn?t put a foot wrong and crossed the line 0.796 seconds ahead, repeating his win from the very same race 12 months ago.

Most of the top 10 were involved in the fight for third at some stage but it was champion Caio Collet and Adam Eteki battling for the final podium position in the second half of the race. The pair ran side by side for almost an entire lap as Eteki tried to pass Collet. He eventually managed to squeeze through and was starting to join the lead battle when the chequered flag fell.

Esteban Muth had been fighting at the front of the field early on before a wide moment dropped him back to 10th. He recovered to finish eighth ahead of Alessandro Ghiretti and Theo Pourchaire.

The fight for second in the standings behind Collet is extremely close going into the final race, with de Wilde now two points ahead of de Pauw, with Eteki and Arthur Leclerc 17 and 18 points behind respectively.