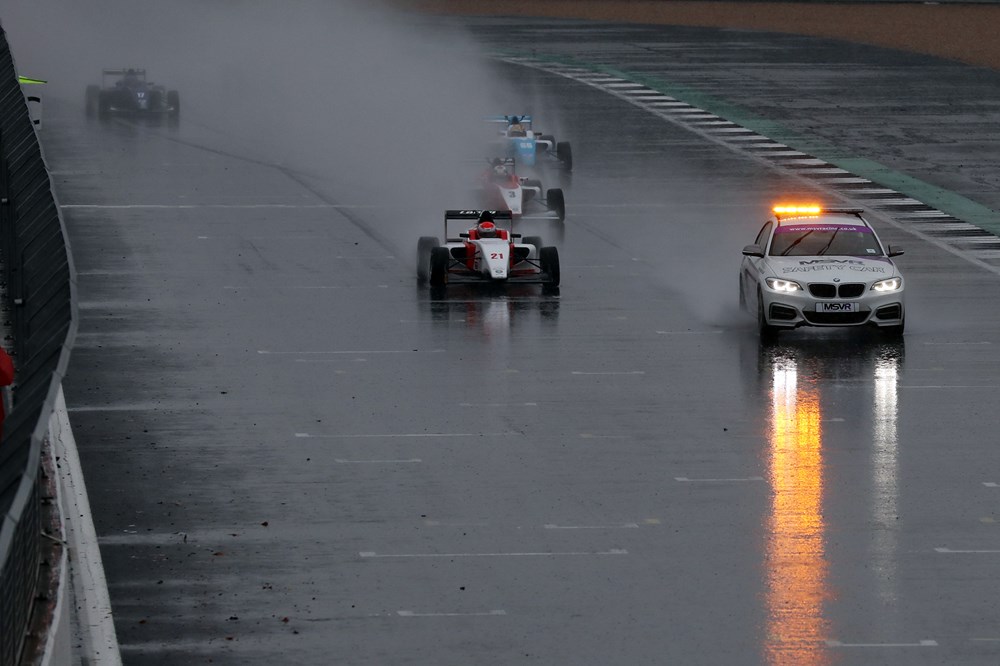 The final two races of the 2018 BRDC British Formula 3 season at Silverstone were abandoned due to adverse weather conditions, after Linus Lundqvist had already been crowned champion.

Race two got underway behind the safety car after a delay, but was stopped after just two laps due to the rain getting worse, before the race was declared.

Before the final race got underway, along with other races taking place at the Silverstone meeting this weekend, the clerk of the course made the decision to abandon the rest of the event with weather conditions not improving.

This follows MotoGP’s event at the circuit in August also being cancelled due to weather, with water not draining from the track properly after the circuit was resurfaced at the beginning of the year.

BRDC British F3 previously had a Silverstone meeting abandoned prior to the final race back in June 2016.

Race two was declared a result with full points awarded, due to the fact that the field completed two laps under the safety car, with Lanan Racing’s Josh Mason winning for the first time in British F3 from the full reversed-grid pole ahead of Ben Hurst and Arvin Esmaeili.

Double R Racing’s Linus Lundqvist had claimed the British F3 title after winning race one with Carlin’s Nicolai Kjaergaard, who was the only driver still able to catch the Swede in the standings, retiring from the race before the end of the first lap.

Kjaergaard finished second in the overall championship and ahead of Kush Maini, who was awarded points for sixth place in race two.