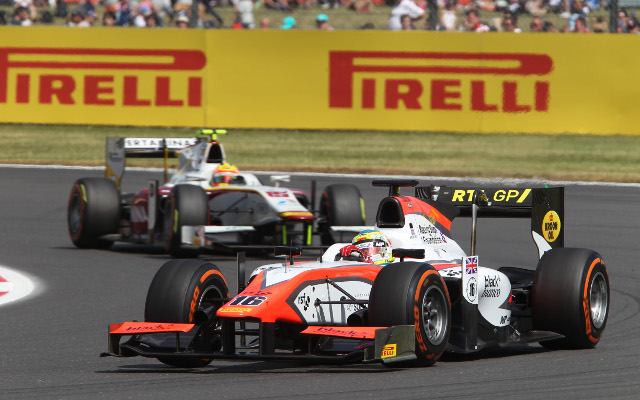 Arthur Pic and Oliver Rowland have both been given penalties after the GP2 feature race at Silverstone, affecting the front of the grid for the sprint race.

Pic has been given a 20-second time penalty for pushing?Jordan King into a spin in the very last corners of the race in their battle for sixth.

With the Frenchman relegated to 14tth, Raffaele Marciello and Nick Yelloly have been promoted to sixth and seventh respectively.

Rowland would have benefited to take eighth and with it the reverse grid pole position for his second ever GP2 start, but he has had five seconds added to his time “after he was?observed to have left the track at turn 9 [Copse] several times during the race.”

That’s pushed him down to 10th, meaning he holds onto a points finish on his debut but has to start from the same place on Sunday.

It is instead Rio Haryanto who is classified eighth and takes pole for Sunday, setting him up for a third sprint race win of the season.