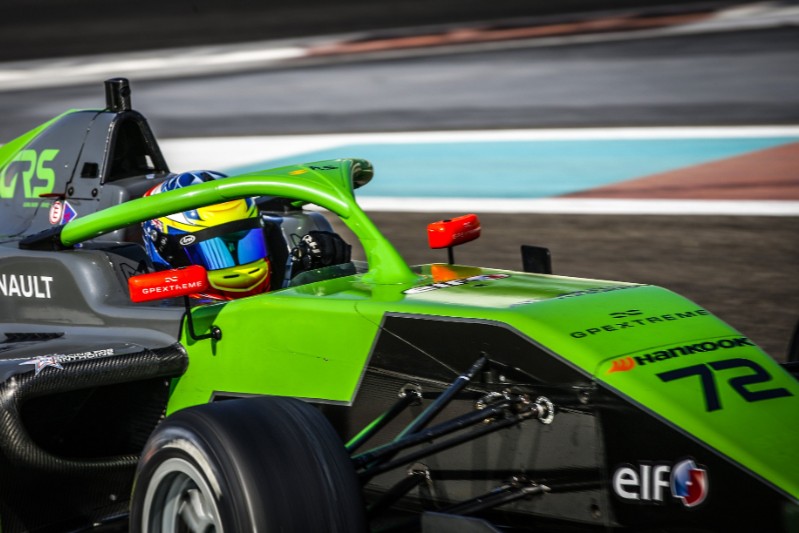 The Australian contested the first day of the test, and set a new track record of 2m07.449s with the Spanish team.

It was Petr Ptacek, driving for MP Motorsport on day one, who set the pace early on, but after an hour Piastri and Amaury Cordeel had bettered him. Piastri improved his pace while in front, with his R-ace GP replacement Matteo Nannini ending the morning session in second place.

Piastri went straight to the top in the afternoon session, with only Asian FRenault champion Joey Alders joining him on track early on. A brief red flag period hit the end of the first hour, but once running was back underway it was Piastri who was in control once more.

To end his final day of running in the Eurocup, Piasti dipped into the 2m07s by over half a second, while Nannini leapt to second with his last lap. Ptacek was third fastest, ahead of Cordeel and Bhaitech’s Leonardo Lorandi.

The second day of running started at sunset, and Cordeel was the benchmark man in front of MP team-mates Roman Stanek and Hadrien David. R-ace GP’s Kush Maini moved into first place as night fell, with Bhaitech’s Belov half a second behind.

Nannini leapt past Maini with 10 minutes to go, with the two joining the absent Piastri in setting 2m07s laps. Belov ended up fifth behind Cordeel and Lorandi.

The final session ran through to midnight, and F4 graduate Belov impressed again. His shortly held first place was lost to Nannini before GRS’s Xavier Lloveras went off and caused a red flag.

When the session restarted, Renault Clio Cup star Jack Young had an off and the Arden driver caused another red flag period. Belov reclaimed top spot once the session was restarted, but he got shuffled down again by Stanek.

In the last hour, Lorandi and Nannini traded personal best laps and it was the former who ended up best. Nannini then had his best time removed for his car being underweight, but his time from the previous session was enough to put him second overall behind Piastri.