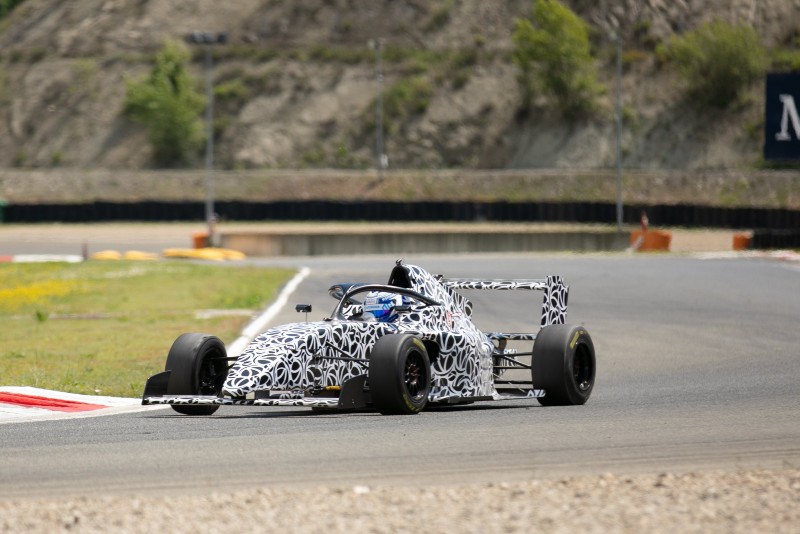 A 20-car grid has been revealed for this weekend’s inaugural Motorsport Games Formula 4 Cup at Vallelunga, with a change of drivers for Portugal’s entry.

Three F4 champions will contest the tournament, which will use qualifying and then a qualifying race to set the gird for the trophy-awarding main race.

A KCMG-designed, Hitech GP-run hybrid chassis will be used by all of the drivers, marking the first time a halo has appeared on a F4 racing car and the first time hybrid technology has been utilised in junior single-seaters.

Only 11 drivers had been named prior the reveal of the full grid, with Portugal swapping the already announced karter Guilherme de Oliveira for GT4 racer Mariano Pires.

F4 champions Luis Leeds (Australia), Malthe Jakobsen (Denmark) and Pavel Bulantsev (Russia) will be among the favourites for victory, but there are also other experienced names such as Euroformula Open racers Niklas Krutten (Germany) and Ido Cohen (Israel).