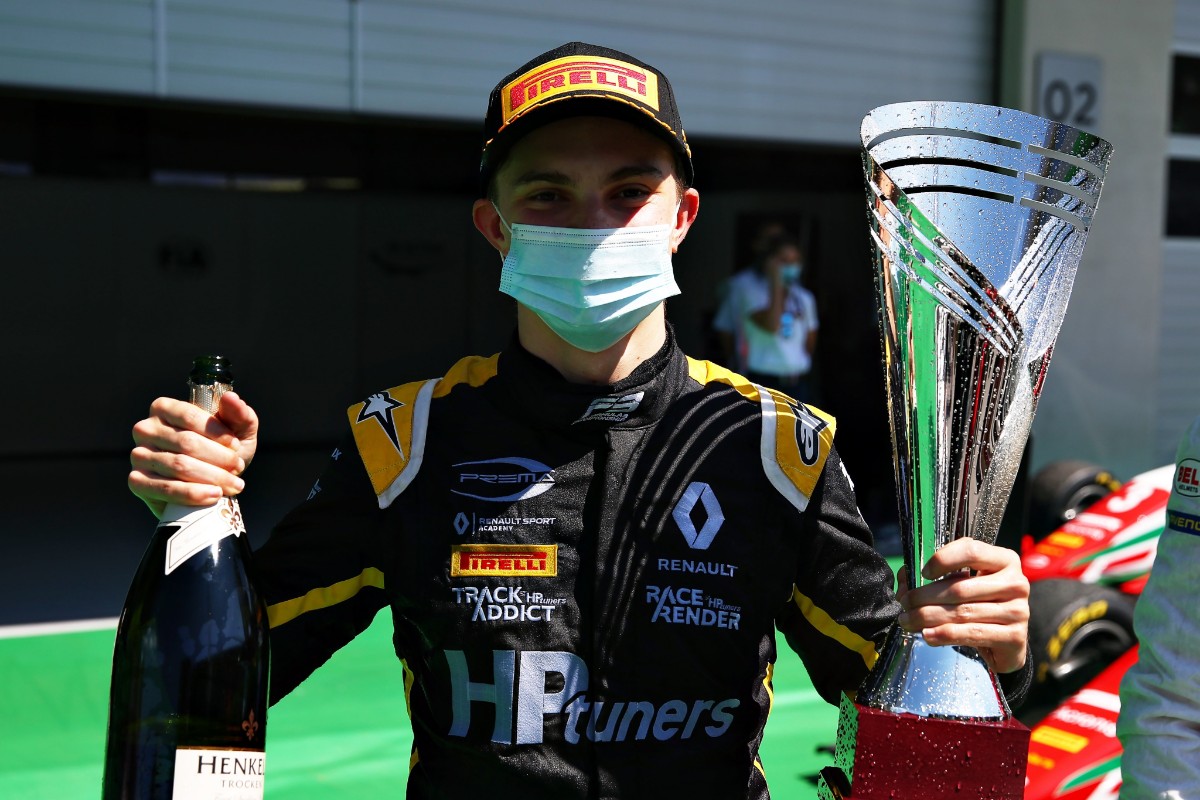 Renault Formula 1 junior Oscar Piastri has described how he emerged from a dramatic start to the first FIA Formula 3 Championship race of the year to take victory.

The Australian made a stronger start, and the trio ran three-wide going into Turn 1. Fernandez spun into retirement as Zendeli took the lead on the inside, and Piastri emerged in second place.

Piastri then overtook Zendeli at Turn 2, and pulled away to win his debut race ahead of team-mate Logan Sargeant.

“The memory I’ve just made is pretty damn good,” said Piastri. “[The car] was amazing, thank you to Prema. I think first, second and fourth says a lot about how the car was. It was very good.

“I thought that my first Formula 3 race had ended in the first 10 seconds. I was hoping I din’t have much damage, which I didn’t, it was pretty scary.

“It certainly didn’t feel nice. I got a good start and got sandwiched in the middle and didn’t really have anywhere to go.

“I pushed quite a lot [in the first two laps], and just felt quite confident in the car straight away. I really wanted to get out of DRS [range] as I knew that would be essential to securing the win.

“Compared to most people, I think Prema’s tyre degradation wasn’t that bad, but it was still more than expected.”

“Before this weekend I would have said Hitech GP [would have been Prema’s rival], and based off last year’s pace Hitech was pretty strong. They seemed to have a poor day yesterday,” Piastri said

The highest placed Hitech driver was Liam Lawson in sixth, from 12th on the grid, and Piastri added it was good to see the likes of Campos and Trident at the front alongside last year’s frontrunners Prema and ART.

“I’m still feeling fresh [back in the car]. I’d say Formula Renault is more physical than this, which is a little bit odd.

“This morning was pretty nerve-wracking given it was my first F3 race and I hadn’t raced in like nine months or something.

“Everything’s happening extremely fast at the moment. It feels very weird after four months of nothing to have already had a race. It’s a little bit odd, and having no fans is a bit strange.

“Getting out of the car and nobody being there was a little bit anticlimactic.

“I haven’t myself any specific goals [for race two]. I obviously want to win, but we’ll have to see what the race deals me.”