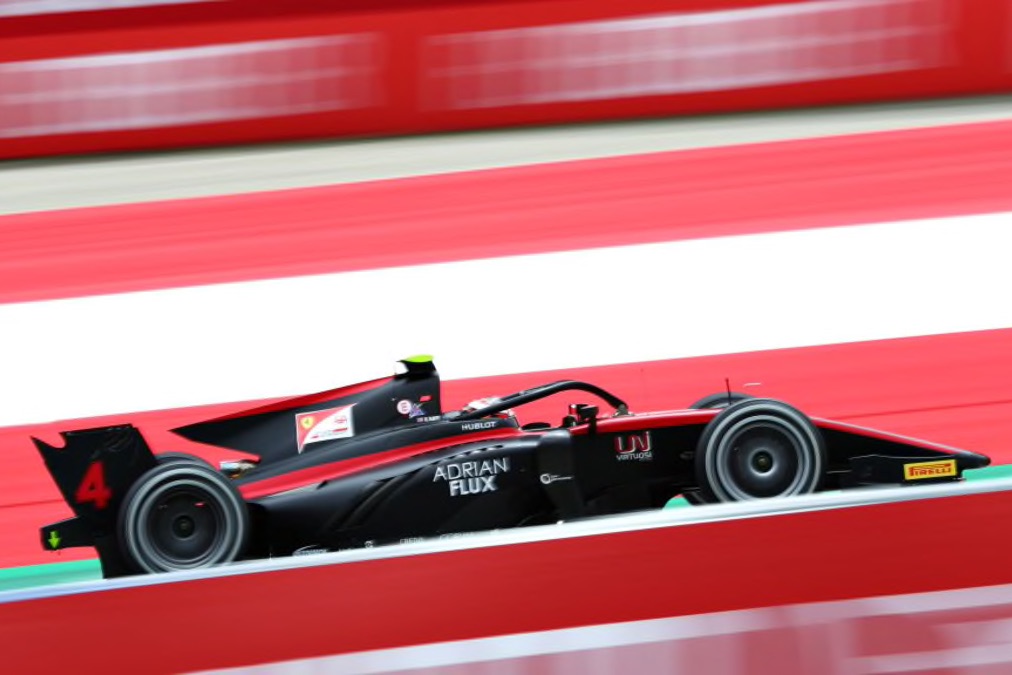 Callum Ilott won the first Formula 2 race of 2020 at the Red Bull Ring after his Virtuosi Racing team-mate Guanyu Zhou was struck by a technical issue.

Renault junior Zhou made a slow getaway from pole, allowing Ilott and front row starting rookie Felipe Drugovich to pass him before Turn 1.

He soon dispatched MP Motorsport’s Drugovich, and passed Ilott around the outside of Turn 7 for the lead on lap one.

Zhou then conceded first place again after the pitstops, but re-passed late stoppers Ilott and Schumacher and was looking comfortable in the lead before slowing on lap 27 of 40.

After making it to the pits, just as HWA Racelab’s Artem Markelov ground to a halt and the race was put under safety car conditions, he returned to track finished a lapped 17th.

The safety car set up a late-race lead battle between Ilott and Schumacher, which ended when Schumacher went skating through the Turn 7 gravel and dropped down the order.

Schumacher’s Prema team-mate Robert Shwartzman pressured Armstrong after the safety car restart, but had to settle for third on his debut.

Ticktum took fifth ahead of HWA’s Giuliano Alesi, who made a late charge on the soft compound tyres, and Charouz Racing System’s Louis Deletraz recovered from a slow pitstop to take seventh.

Drugovich will start the reversed grid sprint race from pole after claiming eighth, just 0.4 seconds ahead of team-mate Nobuharu Matsushita.

Nikita Mazepin was another to suffer from a slow pitstop but was in the battle for 10th before he picked up a five-second penalty for a safety car infringement. His Hitech GP team-mate Luca Ghiotto failed to start, as did Nissany’s team-mate Marino Sato.

Yuki Tsunoda span around his Carlin team-mate Jehan Daruvala on the opening lap, damaging his front wing and earning a penalty. He finished a lapped 18th, while Daruvala recovered to 12th.