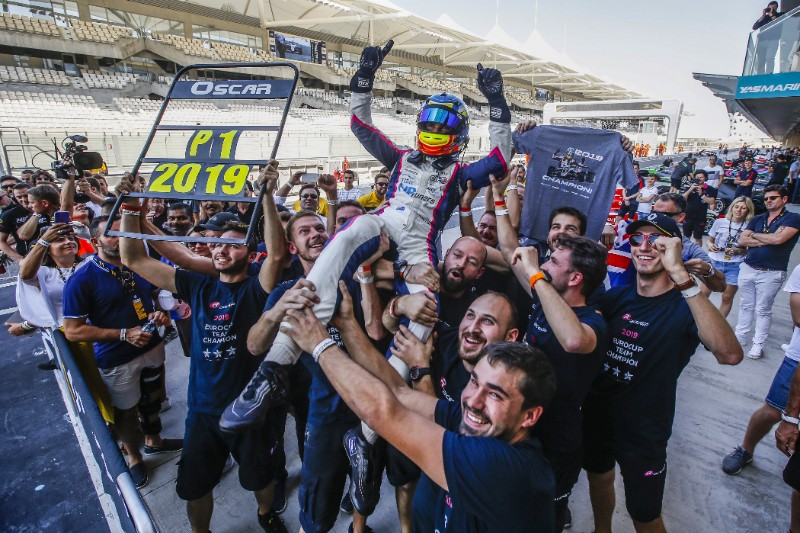 R-ace GP’s Piastri prevailed by 7.5 points over MP Motorsport driver Martins, with each missing a race during the season.

Both picked up wins at the Yas Marina title decider, and fourth place in the final race for Piastri was enough for the Australian to claim the title.

“It wasn’t the best of races for myself. We didn’t really have any pace compared to MP, but we had enough pace to get it across the line. I don’t think it’s really sunk in yet what I’ve just done, and yeah, I need a few more hours to soak it all in.

“Massive thank you to R-ace for the whole year, they’ve been faultless the whole time. It’s been a really good battle between us and MP pace-wise for the whole season, and I think the gap was around 10 points between me and Victor at the end [which shows it].

“It’s very good to come out on top, with a small margin, and I think I need a bit more time to let it all sink in.”

R-ace GP also won the rookie championship with Caio Collet, and took its third teams title in a row.

The Eurocup champion usually becomes a Renault Formula 1 junior for the following year, although Piastri was unable to confirm whether that will be the case for him when asked after his title win.