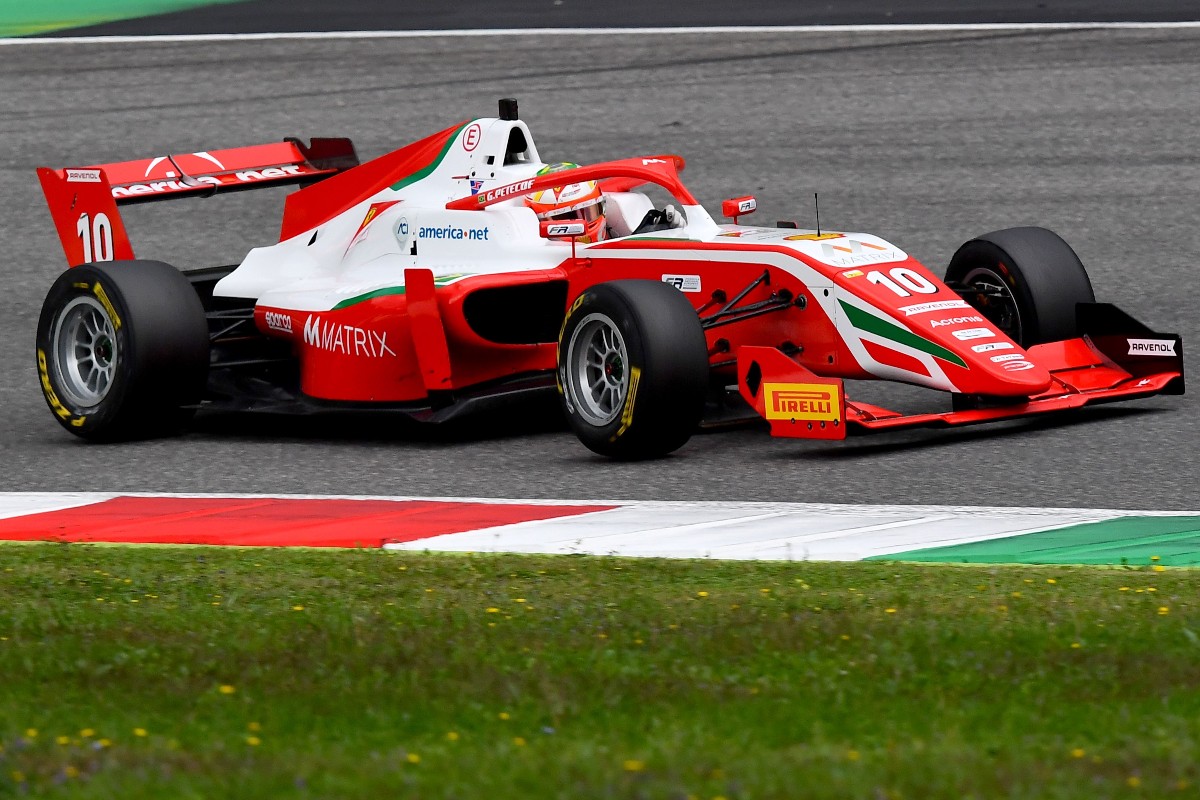 Gianluca Petecof and his Prema team-mates set the pace in Formula Regional European Championship’s in-season test at Monza, which KIC Motorsport’s Juri Vips was absent from.

Red Bull junior Vips was due to get his planned Super Formula campaign under way this weekend at Sportsland SUGO, having missed the first two rounds, but immigration issues caused by the coronavirus pandemic means he was unable to travel to Japan.

That should have freed him up to race in FREC this coming weekend instead, but he did not take part in the test the rest of the grid was using as a warm-up for the races at Monza.

Prema’s Oliver Rasmussen and Arthur Leclerc were the pacesetters on the morning of the Wednesday test, which marked the delayed first appearance of Brad Benavides at the RP Motorsport-supported DR Formula team.

Formula 4 graduate Gohler’s last appearance in the series was at the Red Bull Ring, where he drove KIC’s third car due to an absent Vips, suggesting he may be doing the same at Monza.

Van Amersfoort Racing’s Alessandro Famularo was quickest in the opening session of the afternoon, but nobody got close to Rasmussen’s early benchmark until Petecof set day-best times in sectors one and two to surpass his team-mate by 0.041 seconds towards the end of the final test session.

The final session of the day was interrupted by a red flag caused by Famularo’s team-mate Pierre-Louis Chovet stopping in the final sector, and only left four minutes of green flag running at the end.

KIC’s Patrik Pasma, who only managed two installation laps in the morning, went third fastest in the final session and ended up in fifth overall behind the closely matched Petecof, Rasmussen and Leclerc, and the similarly quick Chovet.

Benavides was little over three quarters of a second off the pace, while Pulcini’s best lap was 1.086s slower than Petecof’s.