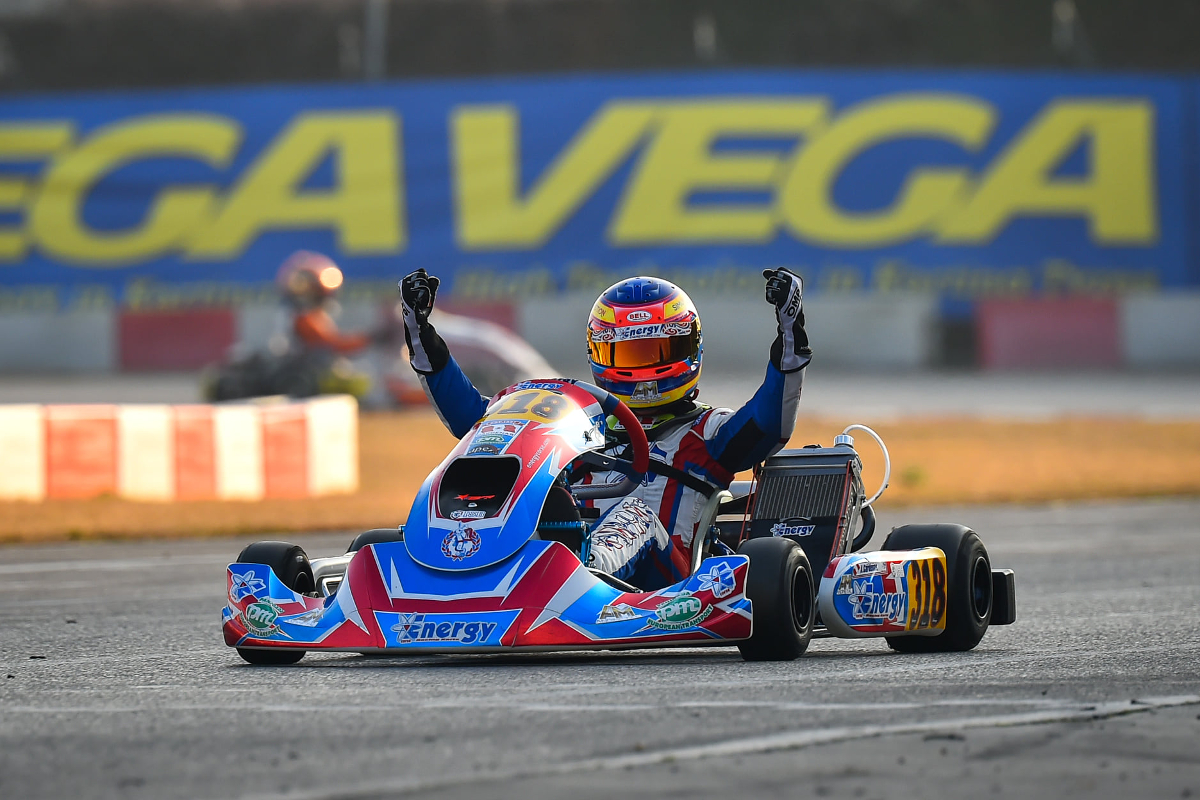 The factory Energy Corse driver races in junior karting and is the reigning winner of the WSK Champions Cup for OK-Junior karts. In the IAME Euro Series, which uses X30 Junior karts, he was 18th.

This year on OK-J karts he has also been runner-up in the Champions of the Future Winter Series, which like the Champions Cup is a one-round event, came 15th in WSK’s Super Master Series, and is currently eighth and 22nd in CotF and the CIK-FIA European Karting Championship respectively.

“We are delighted to announce that Andrés Cárdenas has joined the A14 Management team,” read a statement from A14. “Andres has won karting championships across various disciplines in his home country of Peru and also in Europe.”

Last year he drove for several different teams in his rookie season of junior karting, with the highlight being 14th in the WSK Final Cup after he moved to Energy Corse. He came 28th in the South Garda Winter Cup too, but didn’t break into the top 40 in any of the other competitions he entered.

Previous to that he spent two years in Europe in mini karting, coming ninth in the Rotax Max Challenge International Trophy as a rookie, then 10th in the WSK Euro Series and SMS, 13th in Trofeo Andrea Margutti and 14th in the ROK Cup International Final in his second season.

Cardenas was a winner in Rotax Max Challenge Peru and a frontrunner in the Panamerican ROK Cup Challenge while still racing in his home country.

What’s in Minardi’s inbox as he takes over FIA single-seater role?