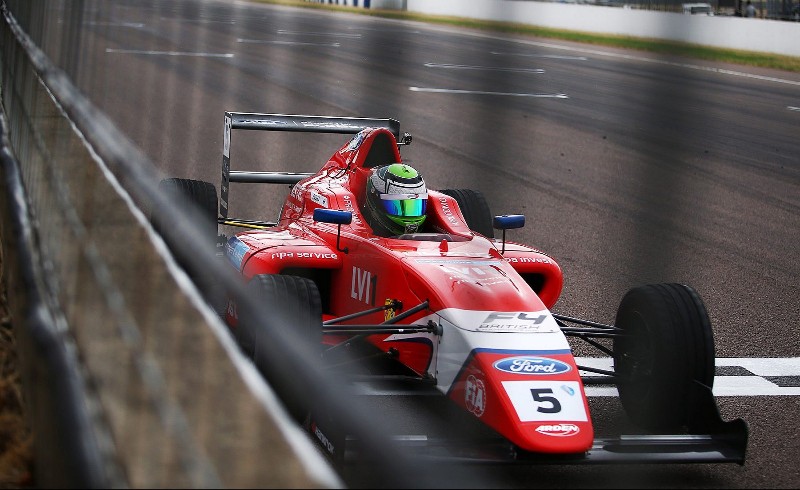 Patrik Pasma took both pole positions for the Rockingham British Formula 4 round, with less than a tenth of a second splitting the top two on both ocassions.

The one qualifying session sets the grid for races one and three, with the latter going off second fastest times. Pasma was fastest pretty much throughout, and also ran a longer first qualifying run than anyone else.

The result was even closer at the top on second times, with Pasma taking his fourth pole of the season by 0.046s from Jewiss. Doohan was a further 0.030s behind, and just 0.003s ahead of Red Bull stablemate Hauger.

Manuel Sulaiman did an impressive job to lead JHR Developments’s charge in fifth for both races, with title challenging team-mate Ayrton Simmons only managing eighth and seventh.