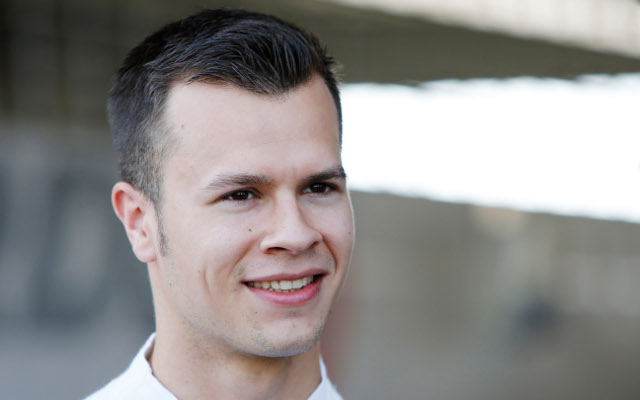 Former GP3 frontrunner Patric Niederhauser will make his GP2 debut at Monza this weekend, substituting for Nathanael Berthon at Lazarus.

Berthon will be concentrating on his European Le Mans Series programme in the LMP2 class with Murphy Prototypes, taking in his home round at Paul Ricard.

Sergio Canamasas continues in the team’s other car, filling in for Zoel Amberg who has been unfit to race in the series since crashes in Monaco.

A former Formula Abarth champion, Niederhauser made 50 starts across three seasons in GP3 between 2012 and 2014, winning on four occasions.

His debut season saw him score his best placing in the championship with seventh.

This year he has been racing away from single-seaters in the Lamborghini Super Trofeo series, where Lazarus runs a car for its ex-GP2 drivers Sergio Campana and Fabrizio Crestani.

?I am extremely happy about my debut in the in GP2 Series in Monza with Daiko Team Lazarus next weekend? said Niederhauser, whose first drive of a GP2 car will come in Friday’s free practice session.

?I?m ready for this opportunity. It will be an enormous challenge with many new challenging things as well as limited possibilities to get properly prepared.

“I am very grateful with those who offered me this possibility and I will give it my all to achieve as much as possible. Huge thanks goes to the people who made this possible in the last minute, to all my sponsors and supporters and, especially, to the whole family Amberg. I also wish Zoel all the best and a very speedy recovery.”

Niederhauser will not be the only substitute driver required in GP2 on a busy weekend in junior single-seater racing.

Carlin will need a driver to fill in for Sean Gelael, who is taking part in the clashing Formula Renault 3.5 event at Silverstone.

MP Motorsport may have to find two new drivers after Daniel De Jong sustained a back injury in his heavy crash at Spa, while the two drivers that the team has used in its other car over the past three rounds – Oliver Rowland and Nicholas Latifi – are also set to be at Silverstone.

Hilmer Motorsport was already down to one car at Spa after Canamasas opted to race for Lazarus.

In GP3, a seat with top team ART has been made available by Alfonso Celis?opting to drive his AVF FR3.5 car this weekend.

At Silverstone, there are vacancies with the Lotus team, as Spielberg returnee Marlon Stockinger seems likely to honour his full-season GP2 programme with Status, and Pons, which is without its Formula 1 racer Roberto Merhi for the second time this season.