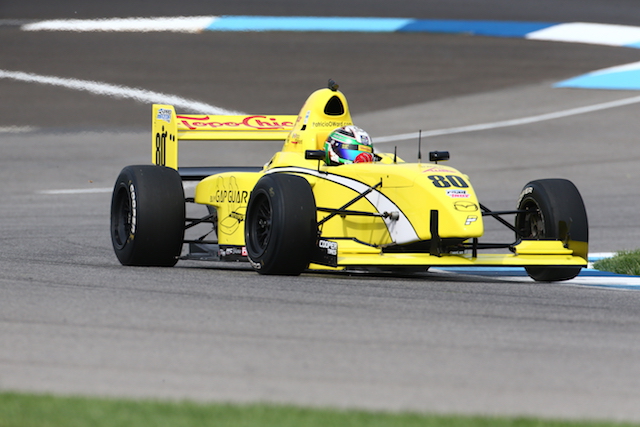 The sensational start to Pato O’Ward‘s 2016 Pro Mazda campaign continues, as the Mexican driver for Team Pelfrey captured his third pole position of the season with a new track record around the Indianapolis Motor Speedway road course.

O’Ward, who still does not yet have a full-time deal to race in Pro Mazda in 2016, broke former champion Spencer Pigot’s previous lap record by one-tenth of a second in Friday qualifying.?The championship leader?will start on pole position, next to his Pelfrey teammate?Aaron Telitz, the top rookie in the field.

Juncos Racing’s team locked out the second and third rows of the grid, headed up by?Will Owen?who qualified third, ahead of rookie?Jake Parsons in fourth,?Garett Grist in fifth, and another rookie,?Nicolas Dapero, in sixth.