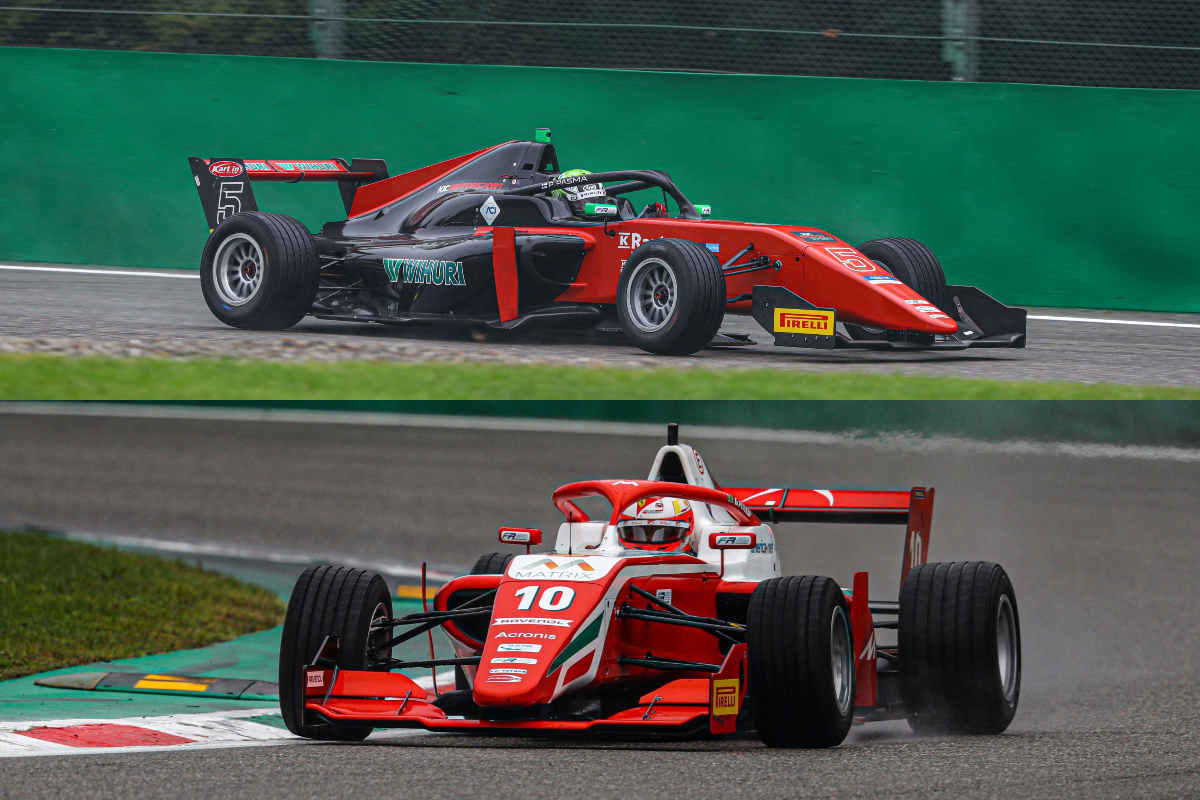 The driver on the top of the timesheets changed throughout the first 15-minute session, with Gillian Track Events’ Gillian Henrion being the surprise early pacesetter.

He was then briefly usurped by Prema’s Jamie Chadwick and Oliver Rasmussen, before KIC’s Patrik Pasma went to the top of the times for what appeared to be the remainder of the session.

While Henrion went off in the closing stages and caused a yellow flag at Turn 7 that looked like it would prevent anyone from improving on their laptimes, Petecof was still able to snatch the top spot from Pasma in the final seconds.

Pasma was a threat again in the second qualifying session, as was KIC team-mate Konsta Lappalainen. The pair duelled with Prema’s Leclerc and Rasmussen for the top spot throughout, while Petecof bided his time.

With a few minutes to go, Lappalainen went fastest, before being overhauled by Leclerc as Van Amersfoort Racing’s Pierre-Louis Chovet and Petecof got themselves into the mix.

Pasma was not to be denied in the second session, beating the frontrunning Prema trio by less than a tenth of a second. The top five cars were covered by 0.119s, with Chovet qualifying fifth behind Rasmussen, Petecof and Leclerc.

Race 3’s grid was determined on second-fastest laptimes, and resulted in the top three being spready just 0.019s. At the top of that trio was Leclerc, with Pasma 0.017s back in second and Petecof a further 0.002s back in third.

The returning Nico Gohler, taking the place of Red Bull junior Juri Vips at KIC, had a strong morning and outqualified Prema’s Jamie Chadwick in both sessions.