After winning the ADAC Formel Masters title in 2011, Pascal Wehrlein made the large step up to the Formula 3 Euro Series and has impressed. So much so that the 17-year-old’s now in championship contention…

When he became ADAC Formel Masters champion at the end of 2011, Pascal Wehrlein followed in the footsteps of Richie Stanaway and Daniel Abt. But unlike those two, he did not make the obvious graduation to the German F3 Cup. Instead he made the larger step up to the Formula 3 Euro Series. It had looked as though 2012 was going to be little more than a learning year for the rookie, but he showed good speed early in the year. Things have only got better since there – getting a pole position and a Euro Series class win at the Norisring before getting his first outright win at the Nurburgring and surging into contention for the title.

Born to a German father and a mother from Mauritius, Pascal began karting at the age of eight in 2003. In 2007 he won the DMV Bundesmeisterschaft Junior title, before coming sixth in the German Junior Championship in 2008 and fifth in the KF2 class of ADAC Kart Masters in 2009.

In 2010, Pascal stepped up to single-seaters in the ADAC Formel Masters series. He finished third and set the fastest lap in his first race, held at Oschersleben. At round two of the season at the Sachsenring he finished the three races in third, second and first respectively. However, after that he failed to score a podium finish at any of the remaining five weekends, leaving him sixth overall in the final standings.

Pascal remained in the category for the 2011 season. He started the year with seven wins from the first half of the season. The second half of the year only delivered one further victory, but he still did enough to win the title. 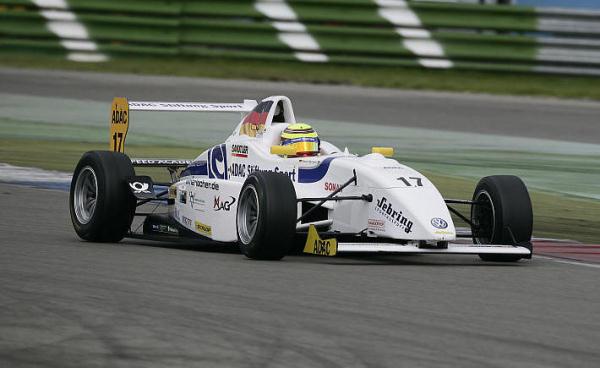 For 2012, Pascal made the step-up to the Formula 3 Euro Series, driving for Mucke Motorsport (who had run his ADAC Berlin-Brandenburg e.V. entry for the previous two seasons) and with Mercedes-Benz backing. His first weekend in F3 at Hockeneheim was a quiet one, but then showed impressive pace at the FIA European F3 round at Pau before an ambitous move for second on Daniel Juncadella at the tight hairpin ended in a collision. Brands Hatch provided him with his first podium finish, and a second-place followed in the first race at Spielberg.

At the Norisring, Pascal took the lead towards the end of the first race but was then pushed off the road by Daniel Juncadella and was only classified seventh. In race two he passed more experienced teammate Felix Rosenqvist for third place and with it took maximum Euro Series points for the first time, behind two British series runners. He started the third race from pole position courtesy of setting the fastest time in qualifying. In soaking conditions he was beaten into turn one by Raffaele Marciello, but was then taken out of the race by William Buller.

He finished fifth in the Masters of F3 at Zandvoort, before an off-form weekend at the European championship round at Spa. He was back at the front though when the Euro Series resumed at the Nurburgring, finishing third in the first race, fourth in the reverse grid second race and then winning the third race to score his first outright win in F3. With Juncadella and Marciello both retiring from contact, the victory vaulted Wehrlein firmly into title contention. He’s just 12 points off leader Juncadella and 1.5 points ahead of third-placed Marciello with three weekends remaining.

Talent rating: Pascal put in a solid rookie season in cars and then showed dominance early on in his ADAC Formel Masters title campaign. Since stepping up to F3 he has proven himself to be one of the top young drivers around, and is seemingly improving with every passing weekend. His performances are particularly impressive given he’s only 17, and he’s displayed excellent maturity for a driver of his age – getting caught up in less collisions than considerably more experienced rivals like Juncadella. 9/10

Chances of getting to F1: It’s not clear just yet how much financial backing Wehrlein has (he is currently supported by the Deutsche Post Speed Academy and ADAC Stiftung Sport) and whether it will allow him to race at the highest level on the ladder. But if he continues his current performances he will surely be picked up by a young driver programme soon – maybe by Mercedes but they would probably put him in the DTM sadly. As long as he doesn’t win the Euro Series title, expect him to spend another year in F3 next year before making his next move. 8/10 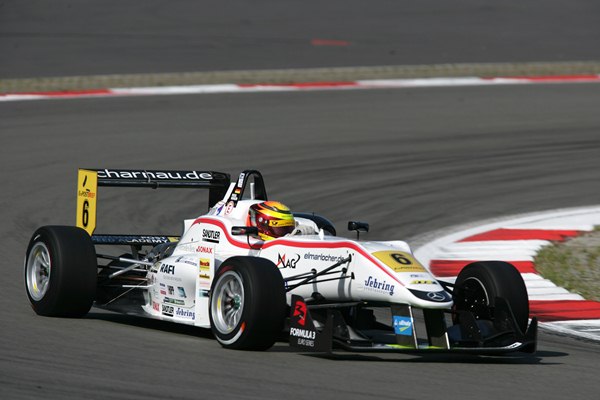