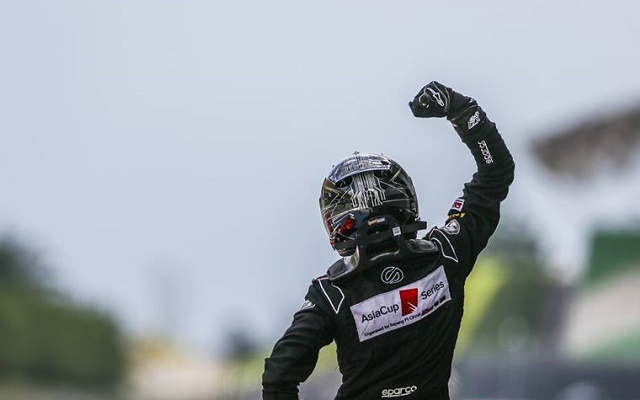 Meritus GP driver Jake Parsons capitalised on a first lap incident to take his second win in the first round of the 2015 Formula Masters China Series season at Sepang.

The race began with Asuka Muratomi on pole ahead of Martin Rump, but the pair tangled going into turn one. Muratomi retired on lap five, while Rump continued, crawling around to finish tenth. The KCMG driver was fined for the incident and slapped with a five-place grid penalty for the next race.

Parsons was unaffected by the melee and snuck through. He then cruised to victory, seven seconds ahead of teammate Daniel Woodroof.

The Malaysian managed to get past Eurasia’s Aidan Read on the penultimate lap, demoting the Aussie to third.

Sean Hudspeth held off Matthew Swanepoel for fourth, while series debutant Nick Rowe secured his best finish in sixth. Behind them, Yuan Bo passed Tomoki Takahashi right at the end for seventh.

After the first round, Parsons leads the standings on 48 points, ahead of Rump on 32, while the consistent Read is just two points behind the Estonian.

Pigot doubles up at Barber to take Lights points lead