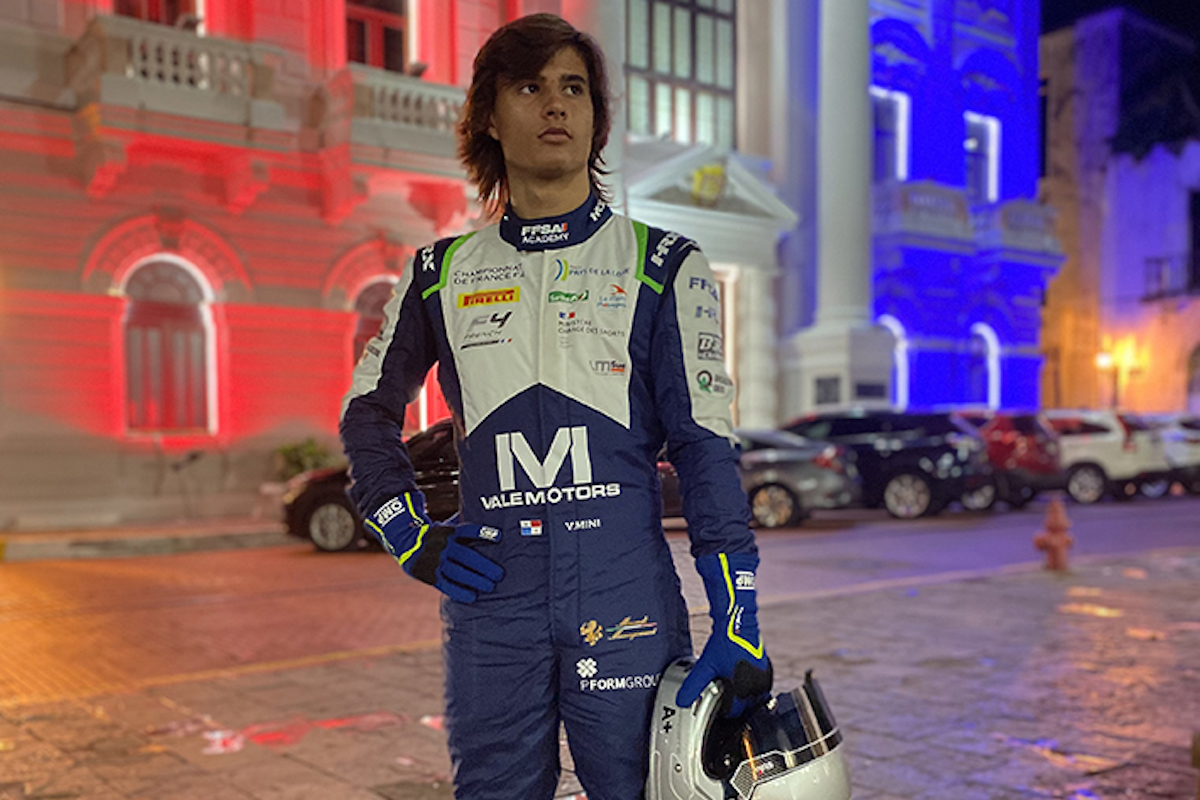 Panamanian driver Valentino Mini has joined the French Formula 4 grid for 2022 with 24 drivers to take part in this weekend’s opening round.

Mini, who was born in Venezuela to Argentinian and Italian parents, took part in rounds of NACAM F4 and Argentinian F4 in 2021 and has also tested Italian F4 machinery.

His move into European racing is being guided by Giovanni Minardi, the son of eponymous Formula 1 team founder Giancarlo Minardi.

“On the incredible Le Mans track close to the FFSA Academy I spent days of incredible physical and mental training, in addition to having the opportunity to drive,” Mini said about his preparation for debuting in French F4 over recent weeks.

“I will treasure this experience in the opening round of the championship at Nogaro which will open my first season in F4. I am very happy to be able to meet and work with people who have great experience in Motorsport, including engineers, mechanics, athletics trainers and drivers”

The FFSA Academy originally announced a 22-driver entry list in December for its first season with the new second-generation Mygale F4 car, with 2021 race winner Elliott Vayron and German rookie Max Reis subsequently added. Gael Julien has dropped off the list after switching to race in Spanish F4 with Drivex.

At Nogaro’s traditional Easter meeting, five test sessions will take place on Friday ahead of a single free practice session and then qualifying on Saturday. The first two races will be on Sunday with the finale to take place on Monday.