Palmer and Goddard to test for Force India in Abu Dhabi 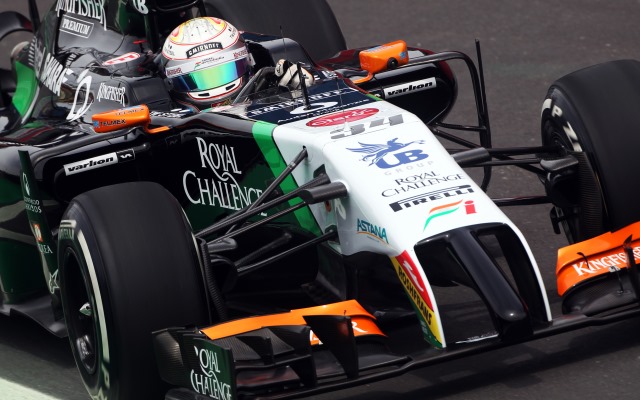 GP2 champion Jolyon Palmer will get his first run in a Formula 1 car in the test in Abu Dhabi next week, together with European F3 racer Spike Goddard.

Palmer wrapped up the GP2 crown in Sochi last month, ahead of this weekend’s final round. He has spent four years in the feeder category, and previously spent four years across Formula Palmer Audi and FIA Formula Two.

“Sahara Force India has shown their faith in me by offering this opportunity and I am looking forward to repaying their trust in Abu Dhabi,” said the 23-year-old Briton.

“I have worked very hard for a chance like this and I want to help the team get the most from this test session. This is a team that has always promoted talent and I hope this opportunity can lead to bigger things in the future.”

Goddard finished 23rd in the FIA F3 European Championship this year, his second season in the category. He was champion in the secondary national class in British F3 in 2012.

“I would like to thank Sahara Force India for this incredible opportunity,” said the 22-year-old from Australia.

“Every young racing driver dreams to be at the wheel of a Formula 1 car and I am very excited to be one of the very few who gets to fulfil this dream. The test is an important stage in the preparations for 2015 and I hope my contribution will be useful for the team to get a head start for next season.”

Team boss Vijay Mallya commented: “I have been following Jolyon?s progress this season in GP2 and he is clearly a big talent that deserves a chance in Formula 1. Spike has also worked hard to get this chance and it?s the perfect opportunity to showcase his skills. I wish Jolyon and Spike all the best for a successful couple of days in Abu Dhabi.”