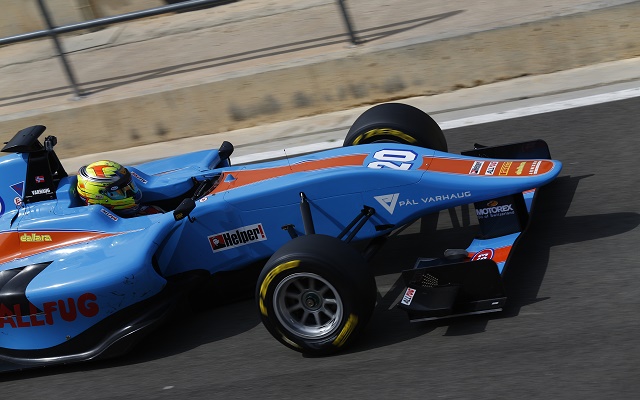 Jenzer Motorsport’s Pal Varhaug was quickest in the afternoon session of day two of GP3’s second pre-season test at Valencia.

Varhaug was the only driver to dip below 1:22s in the afternoon, demoting Koiranen’s Jimmy Eriksson in the final stretch of the session.

Carlin’s Mitch Gilbert and returnee Kevin Korjus posted late improvements to make up the top three, but came up three tenths short of the Norwegian pacesetter.

Eriksson was shuffled down to fourth, ahead of Seb Morris and Oscar Tunjo.

Antonio Fuoco was seventh, with Matt Parry taking eighth despite causing a red flag midway through.

The quickest time of the test remained with Campos Racing’s Alex Palou.

The final pre-season test will kick off in two weeks at Catalunya.