He’s F1’s hottest new property and McLaren’s replacement for Lewis Hamilton, but just how good is Sergio Perez? We take a look at his junior record…

When Sergio Perez came into Formula 1 with Sauber he was labelled in some quarters as a pay-driver, but has since proved any doubters well-and-truly wrong with a number of impressive performances including three podiums this year. Today signed by McLaren to replace none other than Lewis Hamilton, PaddockScout analyses the Mexican’s pre-Formula 1 record to try and get a measure of his talent.

After starting off in karting like any aspiring Formula 1 driver, Perez moved into cars in 2004 at the age of 14. Already backed by Mexican telecommunications giant Telmex, he took part in the Skip Barber/Formula Dodge National Championship in the United States, finishing 11th with one podium. He made the switch to Europe for 2005, racing in Formula BMW ADAC in Germany. He finished up down in 14th in the final standings, with the highlight being a second place on his debut weekend at Hockenheim, which he managed to follow up with only five further top ten places from the 20-race season. He was fifth in the Rookie Cup, as a young German by the name of Nico Hulkenberg won the title in his first year out of karts. Perez remained in the category for 2006, finishing up sixth in the standings with a pair of podium finishes. 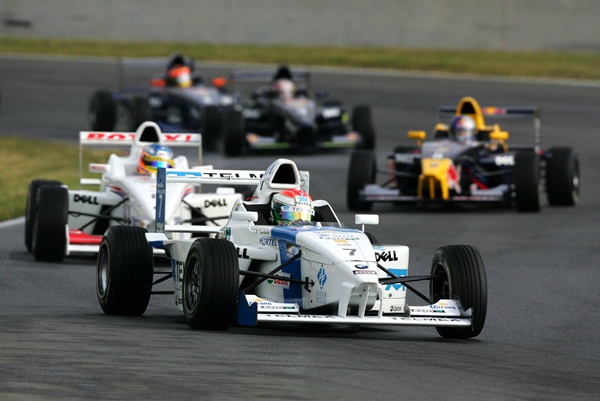 In April 2007 Perez represented his country in one weekend of the A1 Grand Prix series (dominated by that man Hulkenberg) at Shanghai. For the remainder of the year he competed in British F3, in the National Class for older machinery. He dominated the category, winning 14 of the 22 races. He stepped up to the main game in 2008, and despite sticking with the smaller T-Sport squad and their older Mugen-Honda powerplant he was able to take the fight to the Carlin super-team with its Mercedes engines and Red Bull-backed drivers. At round two at Croft he was first and second in the two races, putting him in the championship lead. Then on the series’ trip to Monza he managed to claim a double win – all the more impressive considering he started both races from down in 14th after having his best qualifying times deleted for cutting chicanes.? One more win would follow at Brands Hatch but ultimately he would fall short in the title battle and end up fourth.

Perez would now step up to GP2, starting in the 2008-09 Asia Series. Driving for Campos he racked up two race wins in Bahrain and Qatar – the first from a reverse grid pole and the second starting from P7. That saw him finished seventh in the standings. I could mention Hulkenberg again here as the German, also a GP2 newcomer, finished one place ahead despite only contesting two of the six race weekends. Perez drove for Arden in the main 2009 season, finishing up 12th overall with a double podium on the streets of Valencia.

He returned to Campos (now called Addax) for two rounds in the middle of the 2009-10 Asia Series before contesting the full 2010 season for the Spanish squad. With wins in Monaco, Silverstone, Hockenheim, Spa and Abu Dhabi he came second in the final standings to fourth-year driver Pastor Maldonado. Before Abu Dhabi it was announced that Perez would race for Sauber in the 2011 F1 season, and he was soon recruited to the Ferrari Driver Academy. 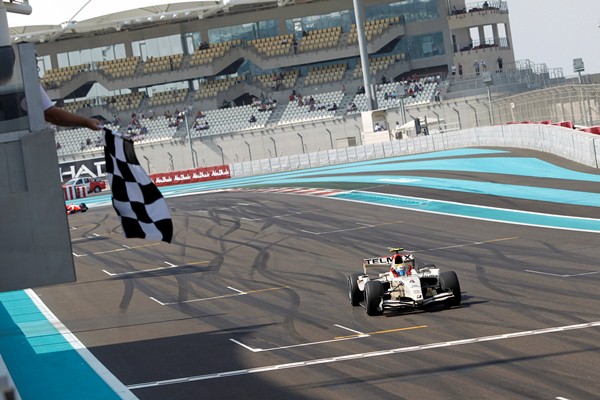 Verdict: While Perez’s junior career was decent, it doesn’t have the hallmarks of a world champion of the future. Things certainly got off to a sluggish start in Formula BMW, and while beating Congfu Cheng to the British F3 national class wasn’t much of an achievement, his performances the following year against the might of Carlin were impressive.

His second season in GP2 was good enough to warrant an F1 seat, and he has certainly proved since then that he deserves to hang around for a while. While he seems to have mastered the Pirelli tyres, it remains whether he possesses enough outright pace to succeed at the top of the sport. Qualifying for example has continued to be something of a weakness.