Born in France to English parents, Alex Baron entered single-seaters this year in the French F4 Championship off the back of success in karting. In what is always considered a strong category, he has dominated affairs, winning eight of the first ten races. He came to the penultimate race weekend of the season at Le Mans needing just a point to win the title – which he achieved with pole position in qualifying.

Moving on into cars in French F4, Alex qualified on pole for both races at the season opener at Ledenon. Although he only finished the first race in third place, he did win the second and that put him in the championship lead. The second round took place as a support series for the Pau Grand Prix, and Baron was once again on pole for both races. He won the first, but had to put up with tenth in race two after being penalised for having his tyres heated on the grid.

After Pau it was announced that All Road Management, run by Nicolas Todt, had signed Alex to its team of drivers that includes Pastor Maldonado, Jules Bianchi and Aaro Vainio. Over the next three rounds at Val de Vienne, Magny-Cours and Navarra he won all six races. That meant that when he got to Le Mans the bonus point for pole was enough to secure the title with four races to spare.

Talent rating: Alex’s performances this year certainly suggest good things, particularly given the level of drivers coming through French F4 in recent seasons. All Road clearly like what they’ve seen too, and they don’t take on drivers lightly. However, having come out on top in a field of rookies it will be interesting to see how he does next season against more known quantities. 8/10

Chances of getting to F1: With All Road behind him, Alex will be carried up the ladder for as long as he performs well. It’s certainly early days, but things look promising for him. Expect him to make the usual switch to Formula Renault 2.0 next year, driving for the R-Ace squad that is affiliated to Todt’s ART. 8/10 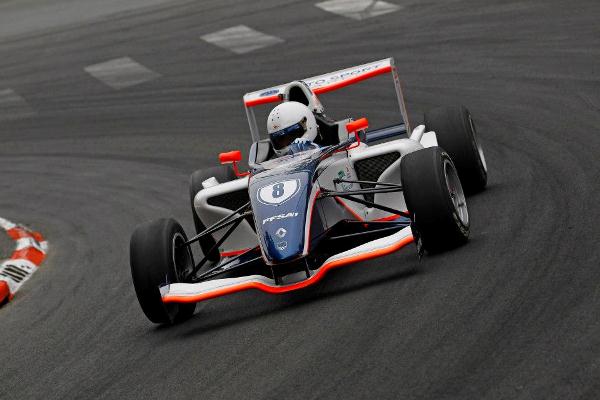