Last weekend Pastor Maldonado joined the list of Formula 1 Grand Prix winners with a fine drive to victory in the Spanish Grand Prix for Williams. It was a result that went some way to proving a large contingent of doubters, who weren’t convinced that he was in Formula 1 on the strength of his ability. But what was his pre-F1 career like? We take a look…

After karting at the highest level, Pastor made the move into single-seaters for the 2003 season, racing in the Italian Formula Renault 2.0 for the Cram Competition team. He finished seventh overall in his first season, with one pole position and three podium finishes.

The following year he would win the title after eight wins from the 17 races. He also contested the Eurocup, finishing eighth after starting the year with a double victory at Monza. Later in 2004 he tested F3000 cars, but was also given the chance to test a Minardi F1 car at Misano in November. Despite his inexperience he lapped only half a second slower than Christijan Albers, who had tested for the team several times previously and would race for them the following season.

At the start of 2005, Pastor joined the Renault Driver Development programme and signed with DAMS to race in Formula Renault 3.5. At the second round of the year in Monaco he was involved in a serious incident in free practice. Marshals were on track to recover a stranded car, but Pastor failed to see the yellow flags until very late, causing him to hit one of the marshals and injuring him. Pastor was banned from the championship for nine races.

In the meantime, Pastor started four races in the Italian F3000 championship, winning the last of those races at Magione. Having seen through his ban, he returned to FR3.5 for the final three race weekends, scoring a best result of seventh. 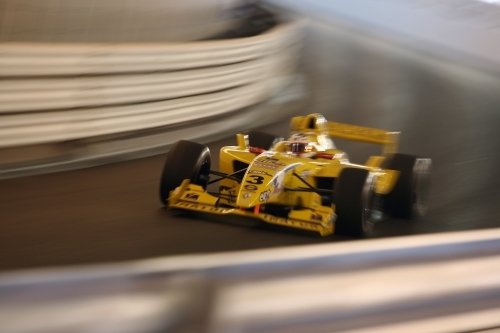 Maldonado in Monaco in 2006, when he scored the first of his three wins to date in the Principality (Photo: World Series by Renault)

Left out of the Renault programme in 2006, Pastor remained in Formula Renault 3.5, now with the Draco team. He finished third in the championship, with wins at Monaco, Spa and Le Mans. He had crossed the line first at another race, at Misano, but was disqualified for a technical infringement. After finishing up just nine points shy of champion Alx Danielsson, the 15 points lost would have given him the title.

For 2007, Pastor made the move to the GP2 Series, racing for Trident. He won the sole Monaco race from pole position, and added a second place in the Silverstone sprint race. He was forced to miss the final four race weekends due to a collarbone injury sustained in training. After being eighth in the standings at the time, he dropped to 11th by the season’s end.

2008 saw a switch to the Piquet Sports team, but a string of retirements early in the season left him out of contention for the title. Some better results at the season’s end, including victory at Spa, saw him climb to fifth in the final standings, only four behind second-placed Bruno Senna and 16 away from champion Giorgio Pantano. 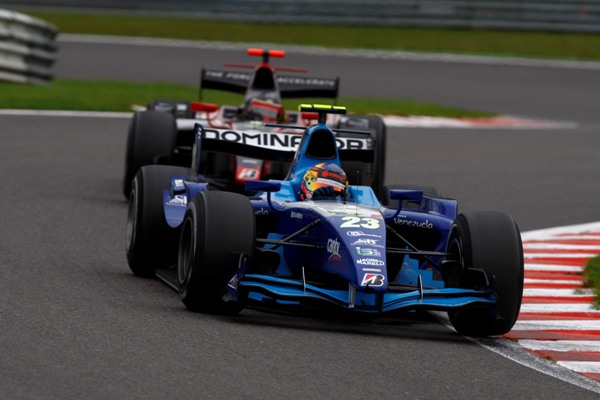 For 2009 Pastor moved to the ART Grand Prix team, run by his new manager Nicolas Todt. In a year that he had started amongst the title favourites with a team known for winning titles, he had a lacklustre season, his only two podium finishes being sprint race wins at Monaco (again) and Silverstone. He finished sixth in the standings with only just over a third of the number of points of his rookie teammate and champion, Nico Hulkenberg.

Staying in GP2 for a fourth season in 2010, Pastor rejoined the old Piquet team – now reborn as Rapax. And things finally came together for him. He strung together a record of six straight feature race wins, from round three in Turkey through to round eight at Spa, to put him clear of the competition and wrap up the title at the penultimate meeting at Monza.

During the season he was linked to the Sauber team, who were in need of some sponsorship after BMW’s departure and could have done with the support that Pastor had from his home nation. While the Swiss team instead took on his GP2 rival Sergio Perez, Pastor was signed up by Williams, and tested for them and HRT at the Abu Dhabi Young Driver Test before the announcement was made. Somewhat controversially, he replaced Hulkenberg, the same man who beat him the year before in GP2 when they were teammates.

Verdict: Pastor struggled to impress instantly in F1 with a dog of a car underneath him, but a look back at his junior career certainly suggests that he possesses the necessary talent. And even if his final championship positions don’t seem particularly special, a look beyond the results shows that they could so easily have been more impressive. Only a technical infringement from his team prevented him from being Formula Renault 3.5 champion in 2006 – and although it wasn’t the series it is today it would still have been an achievement not to be scoffed at – he would have succeeded Robert Kubica as champion. And then after a first season of GP2 cut short by injury, he wasn’t far off being runner-up in 2008, despite a high number of non-finishes early on.

Yes he’s had his wild moments, and times where he failed to live up to expectations – like 2009. But he wasn’t the first driver to do exactly that at ART, and nor has he been the last. When you read between the lines it’s clear to see Pastor deserves his place in F1 on talent alone – and that his Spanish Grand Prix performance was no fluke.

Oh – and while I’m at it… Maldonado’s success in F1 will no doubt increase interest back home. This could show that the country was right to plough money into Maldonado – and that it should continue to do the same thing with the three (rather hapless) Venezuelan drivers in GP2. Fingers crossed no F1 teams will give them drives until they prove themselves in GP2 – regardless of how much money is thrown at them.