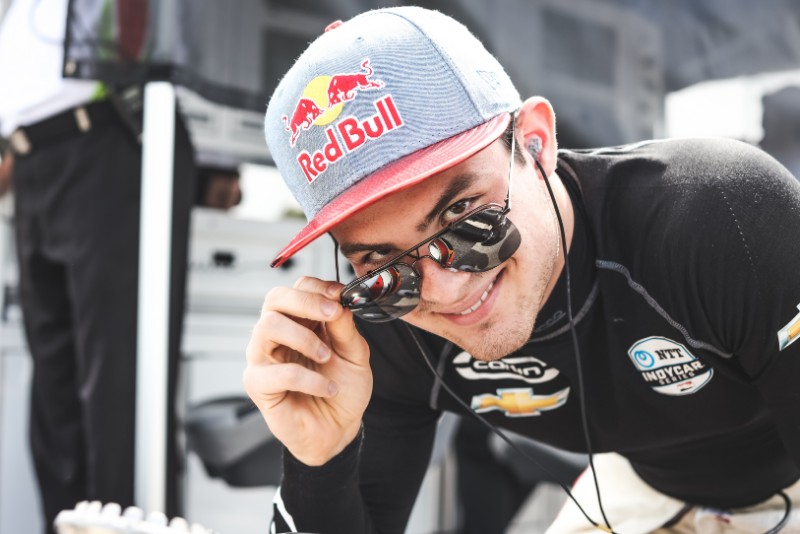 Patricio O’Ward will go into his Formula 2 debut this weekend without even simulator experience of the Dallara F2 2018 car.

He replaces the banned Mahaveer Raghunathan in MP Motorsport’s F2 line-up, marking his first competitive outing in Europe since he raced in French Formula 4 in 2014.

The Mexican currently races part-time in IndyCar with Carlin, with a best finish of eighth from his eight-race spell in the series so far. Last month, he was added to the Red Bull Junior Team with an eye on a future Formula 1 seat.

“I got the call yesterday from [Red Bull junior boss Dr Helmut] Marko telling me to get a flight over to Austria and that I would be racing Formula 2 this weekend with MP,” O’Ward told Formula Scout on Tuesday.

There will be no time for O’Ward to take to a simulator to learn the Red Bull Ring, meaning he will be going into Friday’s single free practice session without any information or experience. It will also be his first time working with Dutch team MP.

“I’m going in stone cold [on preparation]. I don’t know the car, track or tyres.”

With Raghunathan set to return for the succeeding Silverstone round in July, which clashes with IndyCar’s historic Toronto street race, it is an unknown whether O’Ward will make any further F2 appearances.

Were he to impress at Red Bull’s home circuit, the energy drink brand may push for O’Ward to race in the remaining five F2 rounds, none of which clash with IndyCar.