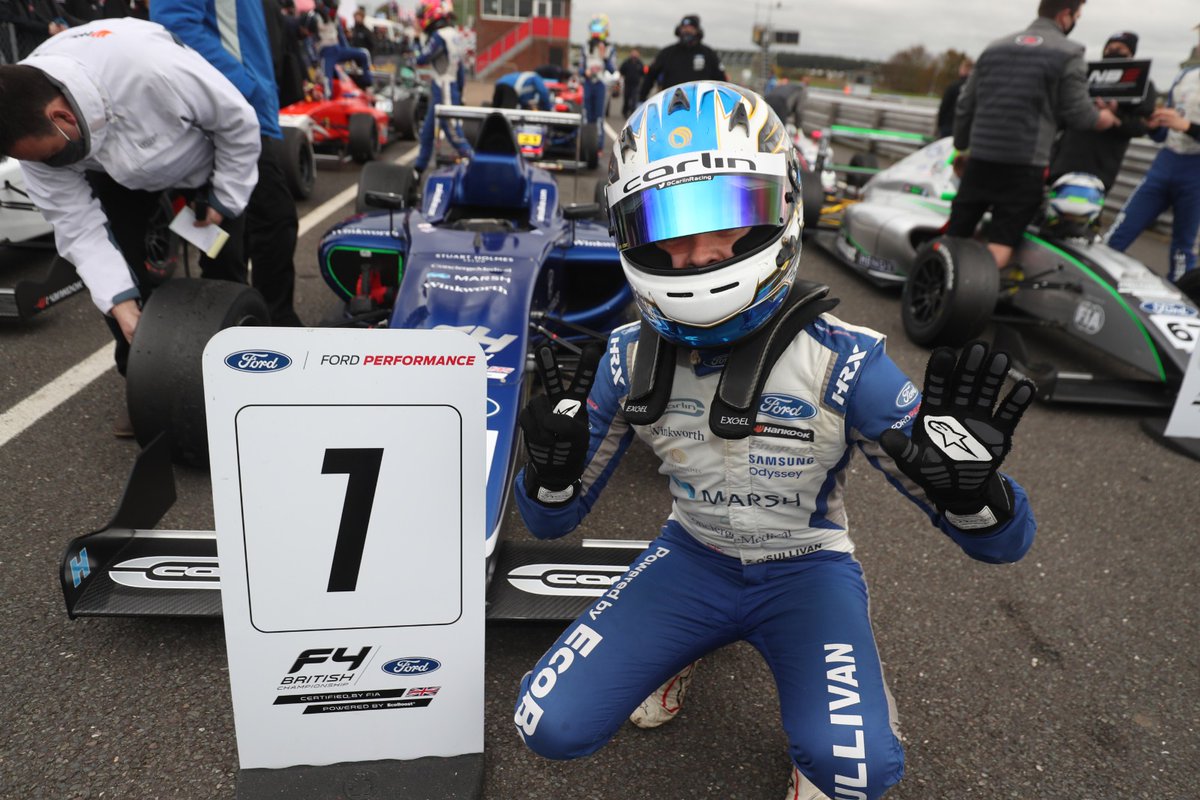 Zak O’Sullivan had his Snetterton British Formula 4 race one win taken away and handed to rival Luke Browning, but responded with victory in race two.

O’Sullivan had overcome polesitter Browning to win the opening race and close to within three points of the championship leader, but a four-second penalty then demoted him back behind Browning, who had originally finished third on the road.

The penalty was for contact while passing Browning, who lost out in their tussle and finished the lap fighting for fourth place.

James Hedley originally finished the race in second place having charged forwards from ninth on the grid within three laps. But he too was penalised for an incident with Alex Connor, and was given a 15.4-second penalty that demoted him to ninth and just behind the Arden driver.

Connor and Hedley had been running close together in second and third on lap three when Connor was spun around and fell to the back of the pack.

All that meant Browning took the victory ahead of O’Sullivan, increasing his championship advantage to 20 points.

O’Sullivan started fifth on the partially reversed-grid for race two, and moved up to third on the opening lap as Casper Stevenson took the lead ahead of Roman Bilinksi.

Passing Bilinski on lap two and posting the fastest lap, O’Sullivan quickly closed on Stevenson and found a way past on lap four.

Stevenson remained with O’Sullivan however, and was only 0.133s behind as they went onto what became the penultimate lap of the race.

O’Sullivan clung on to win by 0.322s in the end, while Bilinski completed the podium.

Browning had to fend off both Abbi Pulling and Connor to finish fourth, with his championship lead over O’Sullivan now standing at seven points with four races remaining.